The writer is Research Fellow at the UK-based Institute of Development Studies and member of its Food Equity Centre. 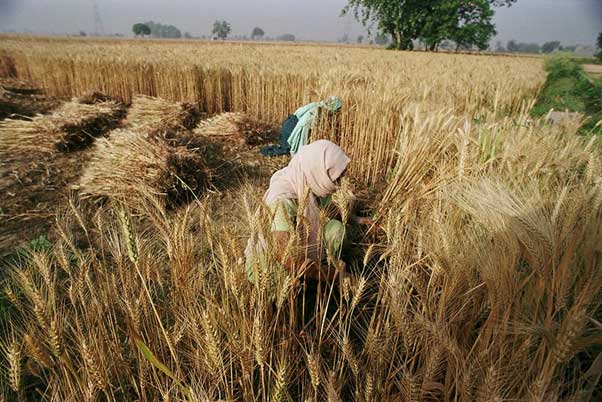 CAPE TOWN, South Africa, Mar 25 2022 (IPS) - The situation in Ukraine is first and foremost a humanitarian crisis, and the food security and wellbeing of the people of Ukraine should be our immediate concern. However, because of the dominant roles of Russia and Ukraine in global food, fuel and fertiliser markets, there are also massive knock-on effects for people around the world. This is particularly true for the supply and cost of food. Here are three ways that the invasion of Ukraine leads to potential risks to food security in other countries.

Ukraine is known as the breadbasket of Europe, and Russia and Ukraine have both become major food exporters in recent years. In 2020 these two countries accounted for one third of the world’s wheat trade and one quarter of the world’s barley trade. Ukraine alone exported 15 percent of the world’s maize and half of all sunflower oil traded globally.

Two likely consequences of the ongoing crisis are reduced exports from Ukraine due to disrupted production and trade, and reduced exports from Russia, due to economic sanctions designed to harm the Russian economy. Commercial exports from major ports in Ukraine like Odessa have already been suspended. So there will be less wheat, maize, barley, and cooking oil available on world markets for the foreseeable future.

50 countries depend on Russia and Ukraine for 30 percent or more of their wheat. Many of these are low-income food deficit countries in North Africa, the Middle East and Asia – such as Bangladesh, Egypt, Nigeria, Sudan and Yemen, which is currently on the brink of famine.

Reduced food supplies will cause food prices to rise. This is in addition to the fact that food prices were already rising before Russia’s invasion of Ukraine. In February, the FAO Food Price Index reached a new all-time high, partly due to recovery in global demand post-COVID-19, and partly reflecting expectations of imminent disruptions to wheat and maize exports from Russia and Ukraine.

Rising oil, gas and petrol prices will drive food price inflation even further, since food and fuel price movements tend to track each other closely. Because poor households spend a higher proportion of their income on food, higher food prices will affect low-income consumers and low-income countries worst. Bread prices are already rising in countries around the world. In Iraq, poor communities already staged protests about food prices in early March following spikes in the prices of flour and cooking oil in local markets, which officials attributed to the conflict in Ukraine.

Russia is the largest global exporter of fertilisers and fertiliser ingredients such as potash, ammonia, urea, and natural gas for making nitrogen-based fertilisers. On 2 February, Russia suspended its exports of fertiliser, ostensibly to protect its farmers. Belarus is also a major exporter of potash fertiliser. On 2 March, the European Union sanctioned Belarus for supporting Russia’s invasion of Ukraine. These sanctions included a ban on all imports of potash from Belarus.

Dozens of countries depend heavily on imports of nitrogen and potassium fertiliser from Russia and Belarus. Many of these are low-income food deficit countries in West and Central Africa. But reduced fertiliser supplies and higher fertiliser prices will also impact negatively on middle-income and high-income countries that import large amounts of fertiliser, such as Brazil, India, the United States and much of Western Europe. Fertiliser prices in the United States have already jumped by 10 percent. Food production could therefore be compromised in many countries across the world.

How bad will it get?

Just how badly global food security will be affected depends on several things that are not yet known at this time. For now, we are left with several short and longer-term questions – many of which governments and global leaders should be considering as part of food security crisis preparation and response.

Secondly, how high will food and energy prices rise? For how long will the prices remain high? At what new baseline levels will they stabilise after the conflict?

Thirdly, how resilient are global and national food systems? A resilient food system has the capacity to sustainably provide sufficient, appropriate, safe, and accessible food to all people over time, even in the face of shocks and stressors. Can households and nations afford to pay higher prices for food and energy? How quickly can households and nations diversify away from Ukraine and Russia for food, energy, and fertiliser?

Finally, what actions will governments and international agencies take to mitigate the effects? Governments are already scrambling to reduce their dependence on imports from Russia, Ukraine and Belarus. What social protection measures will governments offer to affected farmers and consumers? Will countries aim for food self-sufficiency, and reduced dependence on fossil fuels and chemical fertilisers? This could be one positive side-effect.

We don’t yet know the answers to these and related questions. But one thing is certain: sadly, it will get worse for Ukraine and the world before it gets better.