A group of domestic workers gather at their union headquarters in Rio de Janeiro for a class on the law that sets out the rights and obligations of domestic work in Brazil. Learning about the law helps these women defend their rights and combat the vulnerability many of them of them face in the solitude of their employers’ homes. CREDIT: Courtesy of STDRJ

RIO DE JANEIRO, Apr 20 2022 (IPS) - The Theater of the Oppressed helped her become aware of the triple discrimination suffered by black women in Brazil and the means to confront it, such as the Rio de Janeiro Domestic Workers Union, which she has chaired since 2018.

Maria Izabel Monteiro, 55, came to work in Rio de Janeiro when she was still a teenager, from Campos dos Goitacazes, a city of half a million inhabitants located 280 kilometers away. She has had jobs in commerce and industry, but for most of her life she has worked in other people’s homes.

She began by taking care of a sick elderly woman in Ipanema, an affluent neighborhood next to the beach of the same name. She replaced a white nurse who ate breakfast with the family. But she, the new black caregiver, did not have a place at her employers’ table.

Monteiro believes that all the prejudices of Brazilian society are concentrated in their most acute form against domestic workers, especially if they are black women. They suffer triple discrimination, for being poor black women.

This reality is often addressed by the group Marias do Brasil, created by domestic workers, which adopted the techniques of the Theater of the Oppressed, a method created by Brazilian playwright Augusto Boal (1931-2009), which turns spectators into actors to act out everyday situations and raise awareness.

“It’s pedagogical theater, not therapeutic,” said the trade unionist and actress, who works miracles to juggle her weekly shift at the union, the theater and her work as a domestic.

Monteiro lives in Duque de Caxias, a town of 930,000 near Rio de Janeiro, from where she spoke to IPS. It takes her about an hour by train and subway to get to the house where she works and to the union headquarters, near the city center, and transportation costs her about 10 dollars a day.

Sometimes she and the union directors sleep in the organization’s office to save time and the cost of transportation.

The union has 2,000 registered members, although a smaller number are active. Even though the members are women, the name of the union still uses the masculine form of the word “domesticos” rather than the feminine “domesticas” because it was founded in 1989 before gender-inclusive language came into use in Portuguese. However, the women are thinking of changing the name, as similar unions have done in other parts of the country. 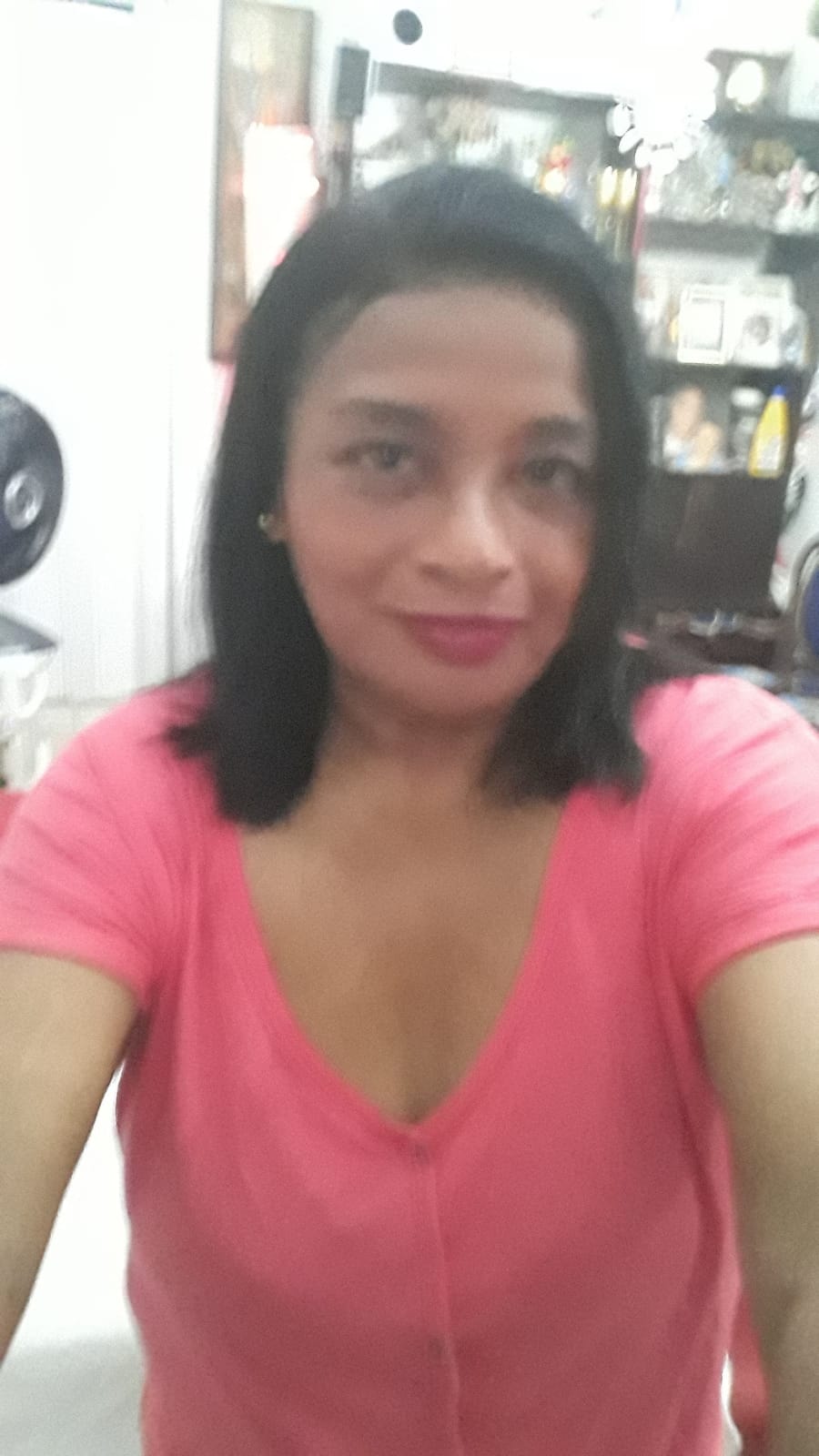 Roseli Gomes do Nascimento suffers frequent acts of discrimination for being a black woman who lives in a poor neighborhood, the Rocinha favela, which sits on a hill between two of Rio de Janeiro’s wealthiest neighborhoods. CREDIT: Courtesy of RG Nascimento

Roseli Gomes do Nascimento, 60, frequently suffers acts of racism and anti-poor discrimination living in Rocinha, the largest favela or shantytown in Rio de Janeiro, which sits on a hill between two wealthy neighborhoods: São Conrado and Gávea.

A taxi driver, for example, once refused to take her from São Conrado to Copacabana, a middle-class neighborhood known for its famous beach. “He said he didn’t drive that route, but he clearly expressed his prejudice that the poor can’t afford to use cabs,” Gomes told IPS, to illustrate the aporophobia – rejection of the poor – with which she lives on a daily basis.

Being followed around by security guards in shops or being denied entry to the buildings where her employers live, until someone talks to the doormen, are other forms of hostility and prejudice faced by Gomes, who currently works as a nanny taking care of a child three days a week.

Her neighbors in Rocinha, whose population is estimated at 70,000 to 150,000, are victims of constant racist violence, “but few complain to the police,” lamented Gomes, who is now determined to speak out against the discrimination she suffers.

Racism has been a crime under Brazilian law for more than 70 years, but the law is almost never enforced.

However, several scandals involving black people tortured and killed apparently because of their skin color, and anti-racist campaigns, have made more people question the impunity surrounding racism. 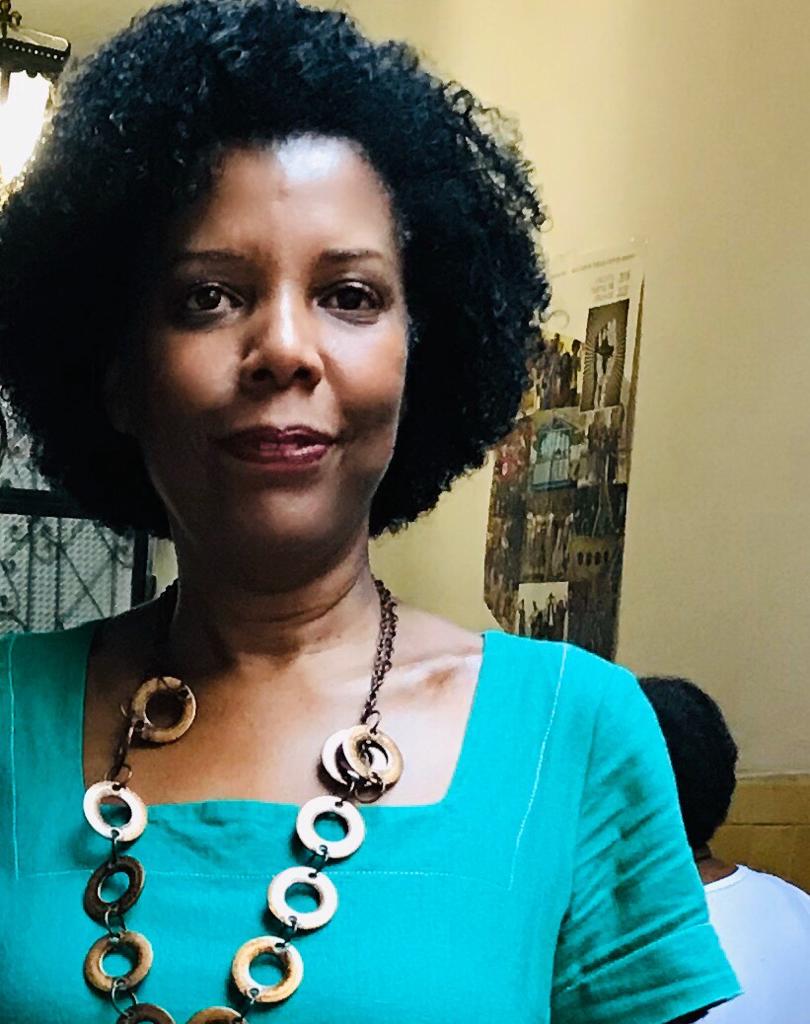 The Theater of the Oppressed, a method that turns ordinary people into actors to dramatize and comprehend their own situations, helped Maria Izabel Monteiro become a social activist and president of the Domestic Workers Union of Rio de Janeiro. CREDIT: Courtesy of MI Monteiro

Monteiro says labor relations are the greatest reflection of the oppression of black women, a lingering legacy of slavery, which was not abolished in Brazil until 1888.

The Consolidation of Labor Laws, approved in 1942 and containing many of the rights still in force today in Brazil, excluded domestic and rural workers, the very sectors where female labor is abundant.

Women account for 92 percent of domestic workers in Brazil, and black women account for two thirds. A total of 6.3 million people were employed in domestic work in 2019, prior to the start of the COVID-19 pandemic, according to official data from the Brazilian Institute of Geography and Statistics.

More than two thirds of female domestic workers are informally employed, which facilitated massive layoffs during the pandemic. They lost 1.5 million jobs, according to Hildete Pereira de Melo, a specialist in gender and economics and professor at the Fluminense Federal University, located in a city near Rio.

As a result, the overall unemployment rate in late 2021 stood at 11.1 percent, compared to 16.8 percent for women and 19.8 percent for black women, according to the Inter-Union Department of Statistics and Socioeconomic Studies.

In 1972, a new law recognized some labor rights for women, which were consolidated and expanded by the constitution adopted in 1988. But the real breakthrough only occurred in 2013, with the approval of a constitutional amendment that established rights for domestic workers such as minimum wage, Christmas bonus, vacation days, maximum working day of eight hours and maternity leave.

In other words, they were granted almost the entire list of rights in effect under the labor legislation at the time.

But part of these conquests were lost in 2017, when Congress made labor laws more flexible, for example making it possible to pay domestic workers strictly according to the hours worked, under a new “intermittent work” contract treating them as casual workers, effectively cutting their pay, although it did maintain their rights, Monteiro said.

The Domestic Workers’ Union of Rio de Janeiro organizes talks with specialists and debates on labor rights issues with interested women. On this occasion, they were given orientation on the specific regulations for domestic work. CREDIT: Courtesy of STDRJ

Her union assists many women workers, most frequently helping them report rights violations. “But the first part of the complaint is emotional, not labor-related. We offer psychological support, and that’s where my experience in the theater has helped me out,” she said.

Harassment is the most frequent problem reported. Employers pressure domestics to get them to resign, instead of firing them, to avoid paying greater social benefits.

“Things disappear and suspicion is raised about the domestic worker, money is left lying around in visible places, as a trap to accuse them of theft, doubts are cast on what the employees say, with insistent questions such as ‘are you sure?’” Monteiro described.

The domestics feel unprotected, “they are on their own, facing their employers,” generally the husband and wife, and sometimes other family members, she said. For this reason, the union provides a lawyer and seeks a direct dialogue with the employers.

Black women occupy the last rung in terms of remuneration for work, in a ranking in which white men are first, followed by white women and black men. Black men earn more than black women, even though the latter have more schooling on average in Brazil, said researcher Pereira de Melo.

In other words, “the reward for education is higher for men than for women – inequity that rests on policies that Brazilian society should discuss,” she said.

In addition, black women account for 65.9 percent of the victims of obstetric violence and 68.8 percent of all women murdered by men, according to the Patricia Galvão Institute, dedicated to feminist-oriented communication.

This is much higher than the black proportion of the Brazilian population, which is 56 percent of the 214 million inhabitants of this South American country.

Black women comprised 66 percent of the 3,737 women murdered in 2019, according to the Atlas of Violence drawn up by the Brazilian Forum for Public Safety, a non-governmental organization of researchers, police and representatives of the justice system.