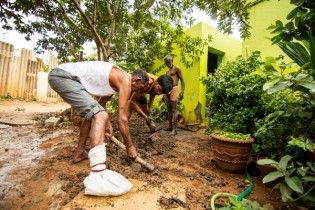 Low Wages, No Labour Rights the Norm in Mexico

By Daniela Pastrana
Miguel* is one of millions of Mexicans scraping by on a meagre income – he earns 60 dollars a week working 11 hours a day in an electronic products store in the northern city of Mexicali.

By AJ Correspondents
Miners at the Marikana platinum mine in South Africa have begun returning to work after agreeing a pay deal.*

By Edgardo Ayala and Claudia Ávalos
Persecution of trade unionists remains a problem in El Salvador, in spite of the fact that the country is governed by a left-wing party that advocates labour rights, union leaders say.

By Baradan Kuppusamy
Foreign workers, mostly from Indonesia, now make up just over 10 percent of Malaysia’s workforce of 14 million people, both in the formal and informal sectors, according to the latest government statistics.
ADVERTISEMENT ADVERTISEMENT