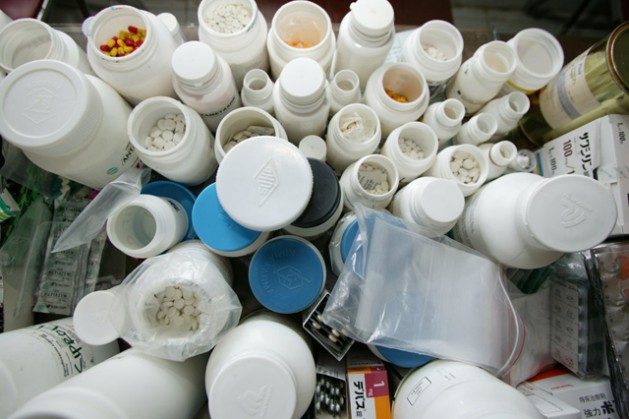 MADRID, Apr 13 2022 (IPS) - People around the world are unknowingly being exposed to water laced with antibiotics, which could spark the rise of drug-resistant pathogens and potentially fuel another global pandemic, warns a new report.

The study, elaborated by the United Nations Environment Programme (UNEP), found that, globally, not enough attention is being focused on the threat posed by antimicrobial resistance with most antibiotics being excreted into the environment via toilets or through open defecation.

Already in 2015, 34.8 billion daily doses of antibiotics were consumed, with up to 90 percent of them excreted into the environment as active substances. Since then the amount of daily consumed antibiotics has been increasing considerably.

While 80 percent of wastewater in the world is not treated, even in developed countries treatment facilities are often unable to filter out dangerous bugs.

This could breed superbugs that can evade modern medicine and trigger a pandemic, the report’s authors warned.

In 2019, antibiotic-resistant infections were linked to the deaths of nearly 5 million people. Without immediate action, those infections could cause up to 10 million deaths per year by 2050, the report found.

“Another pandemic is hiding in plain sight,” the report said. “The consequences of the continuing development and spread of antimicrobial resistance could be catastrophic.”

Antimicrobials are agents intended to kill or inhibit the growth of pathogens. They include antibiotics, fungicides, antiviral agents, parasiticides, as well as some disinfectants, antiseptics and natural products.

Antimicrobial resistance occurs when microbes, such as bacteria, viruses, parasites and fungi evolve to become immune to the drugs to which they were previously susceptible, explains the report.

The more microbes are exposed to pharmaceuticals, the more likely they are to adapt to them. 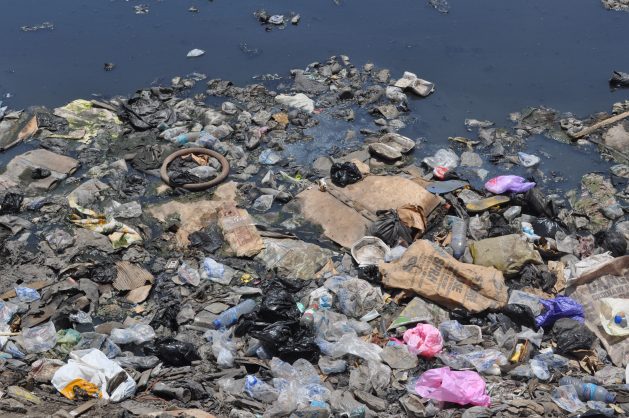 A recent study on pharmaceutical pollution of the world’s rivers concluded that higher levels of antibiotic-resistant pathogens were found in low- to middle-income countries and were associated with areas with poor wastewater and waste management infrastructure and pharmaceutical manufacturing. Credit: Busani Bafana/IPS

According to the report, this global threat can be tackled by curbing the release of antibiotic-tinged pollution, including through improved wastewater treatment and more targeted use of antibiotics – too often these drugs are used when they need not be.

The report also called for enhanced environmental governance and national action plans to limit the release of antimicrobials.

UNEP urged countries to embrace the One Health approach, which is centred on the idea that human and animal health are interdependent and linked to the health of the ecosystems in which they co-exist.

The strategy, for example, calls on countries to “limit deforestation, which often brings humans face-to-face with virus-carrying wild animals, giving pathogens a chance to jump species.”

The COVID-19 pandemic provides lessons learned, one of which is the need to prevent and tackle various health threats concurrently, especially their environmental dimensions, said the report.

A recent study on pharmaceutical pollution of the world’s rivers concluded that higher levels of antibiotic-resistant pathogens were found in low- to middle-income countries and were associated with areas with poor wastewater and waste management infrastructure and pharmaceutical manufacturing.

According to the UNEP report, five main pollutant sources contribute to the development and spread of antimicrobial resistance. They are:

Many diseases are climate-sensitive

“Many diseases are climate-sensitive, and changes in environmental conditions and temperature may lead to an increase in the spread of bacterial, viral, parasitic, fungal and vector-borne diseases.”

How modern medicine is turning into an environmental curse

Back in 2018, the world environmental body had already warned that the aquatic and human health consequences of pharmaceutical drugs entering the environment through wastewater treatment plants is not yet well understood.

“While pharmaceuticals are essential for human health and well-being, less is known on the effects they have on the freshwater sources on which we depend for our existence, and their impact on human health and biota”.

The occurrence of pharmaceutical substances in the environment is of global concern.

“Wastewater treatment plants are unable to filter out chemical compounds used to manufacture personal care products and drugs, so these chemicals seep into freshwater systems and into the oceans.”

On this, Birguy Lamizana, Programme Management Officer at UN Environment and expert on wastewater and ecosystems, explained that modern wastewater treatment plants mostly reduce solids and bacteria by oxidising the water. They were not designed to deal with complex chemical compounds.

On 2 March 2022, the United Nations Development Programme (UNDP) explained that although pandemics are a fact of human life, the world was blindsided by the impact and devastation of COVID-19.

UNDP reminded that in the two years since the World Health Organization (WHO) declared a global pandemic, “we could not have envisioned how completely it would invade every aspect of our lives—from the catastrophic toll it has taken on physical and mental health and health systems, to our jobs and education, to supply chains, and the trust in the systems designed to protect us.”

Every aspect of our lives has changed since the global COVID-19 pandemic was declared in March 2020, including work and education, our ability to access goods and trust in the systems designed to keep us safe, it added.

“Entire economies have been devastated. Domestic violence rates have skyrocketed. Families, friends and communities have become divided over vaccines and masks. Vaccine inequity continues to deepen the gap between rich and poor nations.”

Would COVID-19 be the last pandemic?

The report, ‘COVID-19: Make it the Last Pandemic’ confirmed what we have seen played out in real time, that we were woefully unprepared.

“This was not because the world lacked the money and the know-how. It didn’t. The brutal truth was there was no good reason, financial or otherwise.”

Years of warnings from public health officials, infectious disease experts and scientists have been ignored.

Even though most people alive did not experience the 1918 flu pandemic, the 2000s saw several dangerous outbreaks—SARS, Ebola, Zika and MERS—which sounded warning bells that weren’t heeded.

Likewise, the slow response to the HIV pandemic in the early ’80’s highlighted the importance of taking decisive action early, the report goes on.

And the 2021 Global Health Security Index found that two years into the pandemic, despite some progress, all countries remain “dangerously unprepared” for the next major outbreak.