JOHANNESBURG, South Africa, Apr 5 2022 (IPS) - Food systems are under severe stress around the world now. The thresholds of tolerance are already exceeding limits with millions facing acute food and water scarcity throughout all continents. Over a quarter of Africa’s population are facing hunger and food insecurity. Conflict, droughts, flooding, rising unemployment, inequality, economic crises, and the impacts of Covid-19 pandemic have been ravaging the Continent on an unprecedented scale. 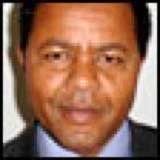 In Southern Africa, the food systems are heavily dependent on traditional small holder farmers who are mostly women and old men and is largely reliant on rainfed agriculture which is highly vulnerable to climate change. These are compounded by very high youth unemployment and unfortunately the youth are not interested in working in agriculture in its current form.

Evidence points out that more than 50 million people are acutely food insecure, mostly women and children with 36 million of them in Integrated Food Security Phase Classification (IPC) 3 and 4. Weather extremes that disrupted recent growing seasons are again wreaking havoc. The last quarter of 2021 was one of the driest for 40 years in southern Madagascar, southern Tanzania, northern Mozambique, southern Angola, Namibia and most of Malawi. In the Democratic Republic of Congo, the world’s biggest hunger emergency, home to Africa’s largest population of IDPs and biggest source of refugees, a staggering 26 million children, women and men are acutely food insecure. The impact of the worst drought in four decades in Southern Angola has left 1.6 million in misery and destitution. In Mozambique 1.9 million are experiencing hunger and acute food needs. These statistics are based on the field assessments of international partners.

Rural and urban populations are equally affected. In Zimbabwe, severe poverty and food insecurity has increased in urban areas representing 2.4 million people or 42 percent of the urban population. There is an increase in internally displaced people within the region. In February this year we have witnessed how recurrent powerful storms have battered coastal areas on Madagascar and Mozambique causing dozens of fatalities, forcing hundred of thousands people from their homes, knocking out power and crippling other infrastructure. Added to these is recurring levels of acute and chronic malnutrition among children.

It has dawned upon us that there is a global food crises and supply chains are badly affected throughout continents. There is an awareness that food systems are interconnected between sectors- i.e, directly linked to energy supply (fuel, fertilizer), health, education, economy, water shortages, infrastructure, social services, climate adaptation and transportation. The Sustainable Development Goals ( SDGS) are challenged.

To address this unprecedented alarming situation, where needs are competing, this imperative must be addressed with focus on every continent equally. In the Southern Africa region we require immediate support to help the exhausted communities.

National governments are central to country both in humanitarian and development spheres. The best way is to support the government plans. This is the time to revisit and realign priorities with clearly defined goals. Strong political will and leadership are required. A combination of both international and national assistance should focus on supporting government priorities. Resources, both national and international are necessary. Impact can be better when International organizations, including UN agencies, regional financial and development institutions, together with NGOs commit to support national priorities with enhanced coordination and collaboration.

With a multi-dimensional and targeted approach gains can be achieved. The Southern Africa Development Agency (SADC) plays an important role both regionally and extending to the Continent. In this context, the African Union (AU) Heads of state has endorsed the outcomes of the Third Africa Rural Development Forum (ARDF-3) in Kinshasa held in January this year recognizing the imperative for a multi-dimensional and a holistic food systems approach. The Region is endowed with vast lands and water resources for agriculture and other natural resources. With urgent investments good gains can be realized in the immediate term in food production. In the medium to longer term, with climate adaptation and support to resilience building activities, there is hope for recovery and stability.

Prosperity and progress will show their full faces when the dignity of women, children and the youth, together with other vulnerable is recognized and accorded due place in the society. Development will be meaningful when their roles are accommodated into every activity. The future generation needs to be well nourished, preserved in an integrated and inclusive way.

Advocacy and a holistic engagement are the requirements to address hunger, food insecurity and nutrition with the provision of evidence based data and information in the Southern Africa region. Technical support to data collection and analysis through the use of latest technologies and tools will ensure evidence driven decision making. Strong political will can help formulate appropriate policies and programs that create conducive environment for development. Innovative solutions can be developed through South South collaboration building on good practices and with the support of development partners.

There is certainly hope in overcoming the current situation in the region by strengthening the nexus between humanitarian and development. To attain results a “Culture of Cooperation” must be forged.

Dr. Menghestab Haile, is the Regional Director for the Southern Africa Region for the UN World Food Programme. With a background in meteorology, Dr. Haile has been integrating climate and weather analysis into food security systems in many parts of the world.