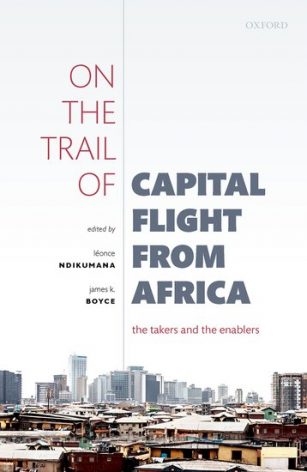 KUALA LUMPUR, Malaysia, May 3 2022 (IPS) - Capital flight from the global South is immense, with widespread adverse effects. A new book proposes measures to curb, even reverse capital flight from Africa. It also offers pragmatic lessons for many developing countries.

Out of Africa
On the trail of capital flight from Africa extends pioneering work begun much earlier. The editors – Leonce Ndikumana and James Boyce – estimate Sub-Saharan Africa (SSA) has lost more than US$2 trillion to capital flight in the last half century! 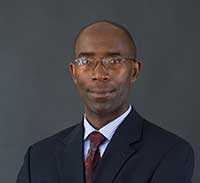 Such forensic country analyses are crucial to more effectively check capital flight. Outflows since the 1980s from the three countries have been massive: US$103 billion from Angola, US$55 billion from Cote d’Ivoire, and US$329 billion from South Africa in 2018 dollars.

Capital flight has been much more than cumulative external debt. Annual outflows were between 3.3% and 5.3% of national income. Nigeria, South Africa and Angola account for the most capital outflows from SSA, with Cote d’Ivoire seventh.

Resource booms
As governments get more revenue from natural resources, the fiscal ‘social contract’ is eroded. When people pay taxes, they expect state spending to benefit the public. But with more revenue from resources – via state monopolies, royalties and taxes – governments become less accountable to their own citizens.

Gaining and maintaining access to foreign credit has similar effects. Developing country governments then focus on ingratiating themselves with friendly foreign donor governments to get ODA, and on enhancing their credit ratings. 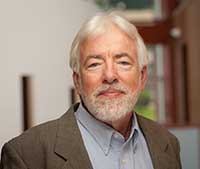 Unsurprisingly, such regimes believe their choices are limited. Another option is repression – which typically rises as the status quo is threatened. The resulting sense of insecurity spreads from the public to the elite, worsening capital flight.

Thus, vast private fortunes have been made and illicitly transferred abroad. Ruling elites and their allies rarely only rely on either state or market to become richer. The book shows how both state and market strengthen private and personal power and influence.

Plundering Africa
The book’s case studies show how resource extraction has been central to capital flight. In all three countries, the efficacy of fiscal policy tools – especially to foster investments for development – has been undermined.

Post-colonial political settlements have given a few privileged access to resource rents. With capital flight thus enabled, successive Ivorian regimes have been less obliged to spend more on development or public wellbeing.

Due to the cocoa boom, the post-colonial ‘Ivorian miracle’ ended when prices fell. The bust triggered a political crisis, culminating in civil war. But the crunch also meant the country could no longer service its foreign debt.

In Angola too, natural resources worsened its protracted civil wars. After these ruinous conflicts, oil rents enriched the triumphant nepotistic regime. This enabled the control to gain control of more, even as most Angolans continued to live in destitution.

Angola’s massive oil exports mainly benefited the small elite of cronies around the president. They failed to develop the economy or improve most lives. All this has been enabled by ‘helpful’ professionals who have enriched themselves doing so.

While benefiting its elite and foreign transnationals, Angola’s ‘oil curse’ has blocked balanced and sustainable development of its economy. Despite rapidly depleting its oil reserves, Angola and most Angolans have benefited little.

By under-invoicing their exports, mineral interests have been engaged in massive capital flight and tax evasion. Meanwhile, business cronies have enriched themselves in new ways, e.g., in the state’s electric power sector. Such abuses were exposed by the Gupta family scandal, leading to then President Jacob Zuma’s downfall.

Wealth creation enhances the economic pie, but distribution depends on who appropriates it. Improved understanding of such varied and ever-changing relations of appropriation is crucial to effectively curb this haemorrhage.

Greater awareness should inspire and inform better measures to check capital flight from the global South. Instead of the Washington Consensus ‘good governance’ mantra, a developmental governance agenda is needed.

All researchers, policymakers and regulators will gain from the book’s forensic analyses of financial, fiscal and other such abuses. International financial institutions now have little excuse for continuing to enable the capital flight and tax evasion still bleeding the global South.