The writer is executive director of HealthforAnimals, the global animal health association

World Zoonoses Day, which will be commemorated on July 6, celebrates the success of the first vaccine which was created against the zoonotic disease ‘rabies’. It was developed by Louis Pasteur, a French biologist on 6 July, 1885. 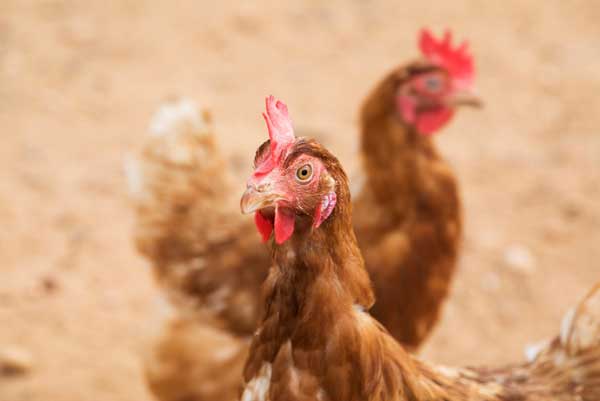 BRUSSELS, Jul 5 2022 (IPS) - The ongoing discussions at the World Health Organization (WHO) around a new, landmark ‘pandemic prevention treaty’ shows that the world is starting to act on the lessons it learned from the COVID-19 pandemic.

In fact, countries have already taken the first steps towards amending the International Health Regulations that govern the reporting and national responses to emerging pandemics, which were subsequently found to fall short during the initial outbreak of COVID-19.

Yet, with countries set to discuss a working draft of the pandemic prevention treaty in August, time is increasingly of the essence to fully codify these learnings if we are to prevent future zoonotic disease outbreaks. The recent monkeypox outbreak shows that the world can ill afford to stall when building its defences to emerging diseases.

And at the same time, new vector-borne health threats – whether they originate in humans or animals – are emerging across the world, particularly as climate change creates new opportunities for disruptive outbreaks in previously less impacted regions of the world.

Preventing the next pandemic is clearly no straight-forward task. This is why a ‘One Health’ approach, one which recognizes the interconnectivity of environmental, human, and animal health, offers us the greatest chance of shoring up global defences against emerging diseases, of which an estimated 70 per cent originate from wild animals. Clearly, a ‘One Health’ approach should be the foundation of global efforts to prevent the next pandemic.

To begin with, countries should focus their efforts to create a new One Health Preparedness Unit, which will bolster and unify international preparations against emerging disease outbreaks. Presently, government disease detection and surveillance programs are too often overstretched and under-resourced, leaving countries – and by extension, the global community – unprepared for new threats.

In this context, a new international One Health Preparedness Unit could bring together existing resources, such as the World Animal Health Information System (WAHIS), USAID’s PREDICT project for boosting pandemic preparedness, or the environmental health monitoring undertaken by non-profits like the EcoHealth Alliance, in the most effective and efficient way, while also having a greater capability to undertake wargame-style planning. In doing so, the international community could better map out potential disease threats and reach collective decisions on how best to respond when they emerge.

Secondly, countries could also prioritize new rules and protocols to help products get to market faster to address acute and ongoing crises as part of any draft agreement. The COVID-19 pandemic showed that fast-tracking critical health tools, like vaccines, can save lives and help respond more rapidly to emerging pandemics.

Streamlining regulatory approval could dramatically reduce the amount of time it takes for vaccines to make their way into the hands of veterinarians, which, in turn, will build the resistance of pets and livestock to disease outbreaks.

As it stands, any tweaks to the existing stock of animal vaccines requires new safety assessments, which means it may take months or years to respond to an emerging disease variant. Allowing previous safety assessments to be used to support vaccines for new strains would streamline this process, lowering the barriers to vaccinating animals and reducing the public health risk in the case of zoonotic disease.

Finally, governments should also agree to fund and adopt new policies that expand global access to preventative animal health tools as part of any future pandemic prevention treaty. Prevention of diseases is always better than cure, yet the defences required to prevent the spill-over of zoonotic diseases from animals is uneven around the world.

More investment in preventative measures, particularly biosecurity on farms but also diagnostic technologies which can detect changes in health before serious, observable symptoms emerge, can not only reduce the frequency, but also the severity, of disease outbreaks, as it already has in many developed countries.

Europe, for instance, has not seen the emergence of a major zoonotic disease since Q Fever more than a decade ago, while the UK reduced salmonella outbreaks by 87 per cent from their 1992 peak – thanks to poultry vaccination.

The lessons from the COVID-19 pandemic are clear: the world can no longer afford to treat the threats facing the health of humans and animals, as well as the environment at large, as distinct.

To ensure the world is fully prepared to face the next pandemic, the interconnected principles of a ‘One Health’ approach should be at the core of any future pandemic prevention treaty.