It’s nice getting old, being young is far too horrible
Hjalmar Söderbergh

STOCKHOLM, Jul 28 2022 (IPS) - Many of us assume that an identification with a certain gender, race, nation or even age makes us particularly knowledgeable. When it comes to age, it is in most cultures of the world assumed that age and experience favour wisdom. I am not entirely sure about that, though I am convinced that as we grow older we tend to overestimate our own knowledge and importance. An arrogance that might burden and even marginalize the youth. 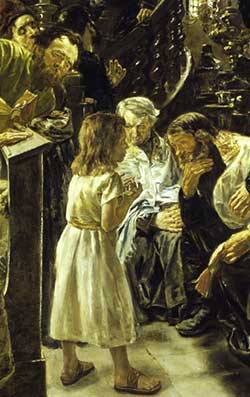 In several European cities you may nowadays come across store windows displaying various types of walkers, adjustable beds and other aids for the elderly. Such stores are becoming more common, maybe even replacing shops offering cribs and baby carriages. A phenomenon that might be interpreted as a sign of the fact that Europe’s population is ageing at an increasing speed.

However, is our culture actually built for and adapted to young people? To catch up with changes that are much faster and radical than they have ever been we are forced to address the increasing gap between young and elderly. In spite of this urgency, juvenility appears to be prolonged in the sense that several young people are becoming trapped in a state of marginalization that denies them an early and stable access to a profitable labour market.

One article described the situation as “a river drying up due to fading springs.” Close to a third of Italian couples living together are childless, this in a country where, like in so many other European nations, politics are currently centred around a debate dominated by the perceived misgivings of immigration. Despite this, Istat found that immigration is decreasing, even when it appears to be necessary for maintaining the well-being of the Italian nation.

Within a global context, the youth population is dwindling in all wealthy nations, while it is increasing in the poorer regions of the world. In a majority of the world’s countries, children up to 15 years constitute more than 50 percent of their “working population”, i.e. people between 15 and 65 years of age. Across several countries in Sub-Saharan Africa this ratio is much higher. In countries like Niger, Nigeria and Mali the population up to 15 years of age is approximately 75 percent of these countries’ inhabitants. Like most phenomena, global demography is characterized by imbalances, inequality and injustices.

The Istat-report also stated that two out of three Italians under thirty-four years of age are still living with their parents, while the average wages of this age group are constantly decreasing. More and more youngsters are dependent on insecure, temporary and poorly paid work. At the same time, higher education is becoming less attractive, due to the great effort and lack of income it involves, as well as an unstable labour market awaiting newly graduated students. It is also generally considered to be unattractive and badly remunerated to work as care giver for the elderly. More than 13 percent of the Italian population is above eighty-five years of age, a group that is increasingly dependent on the help and care of others. Italy is far from being a unique case – the number of dependent elderly persons is steadily on the rise in the entire “Western World”.

Although elderly people tend to remember their youth with nostalgia and often want to appear as younger than they actually are, many do nevertheless mistrust the abilities of young people. Youngsters are recurrently accused of being idle and listless, spending too much of their time “doing nothing”, or within a digital world, while not reading any books or newspapers, nor watching movies, or TV.

That youngsters demonstrate a crippling lack of interest and are apt to expose bad behaviour have for millennia been a common complaint among older generations. In the 4th century BCE Socrates stated:

The children now love luxury; they have bad manners, contempt for authority; they show
disrespect for elders and love to chatter instead of doing exercise. Children are now
tyrants, not the servants of their households. They no longer rise when elders enter the
room. They contradict their parents, babble instead of listen, gobble up dainties at the table, and tyrannize their teachers.

Older, “experienced” people might argue that new information does not have to replace previous knowledge. New insights might modify and supplement what we already know from books, education, and above all – from life. Experience is an important, though tough teacher. Nevertheless, my years as a teacher to young people have taught me that I have learned more from them, than they from me.

Older men and women might be reluctant to leave their positions of power and hand over leadership to younger persons. There is a general disinclination to vacate more and better positions to youngsters. Accordingly, many societies run the risk of fomenting a kind of gerontocracy, hindering the social mobility and advancement of young people.

More and efficient efforts are needed to invest in young people, to train and prepare them for the social, economic and environmental challenges awaiting them. To take over and care for an increasingly old and often incapacitated generation. To take care of a natural environment which that very old generation, to an alarming extent, has exploited and destroyed. Among other endeavours this means that we all, young and old alike, must contribute to the establishment of a free of charge, obligatory education and health care for all, regardless of age and income. Various disasters are now threatening the survival and well-being of the entire humanity. It is the arduous task of new generations to cope with the unpleasant consequences of the legacy that older people are leaving behind. Thus, it is time to start compensating the youth for the burden our generation has put on them, by reorienting investments towards the creation of a new world order where the needs and aspirations of young people are met.