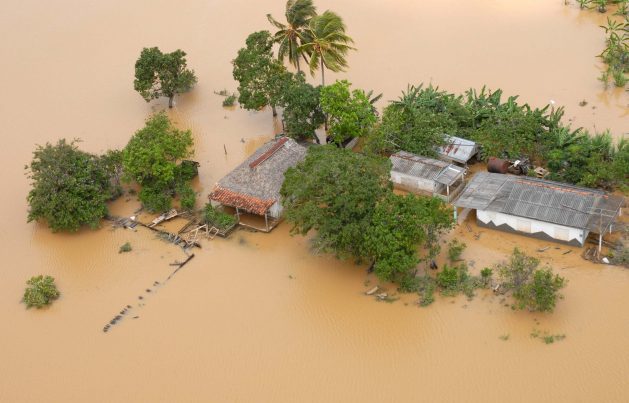 Due to the increasingly visible consequences of climate change, governments are finding it difficult to downplay the warnings of scientists. Credit: Jorge Luis Baños/IPS

Climate scientists have warned that there is only a dozen years for global warming to be kept to a maximum of 1.5 Celsius. Beyond that level, even half a degree, will significantly worsen the risks of drought, floods, extreme heat, and poverty for hundreds of millions of people.

In November the 27th session of the Conference of the Parties (COP27) to the UN Framework Convention to Climate Change is scheduled to take place in Sharm El-Sheikh, Egypt. Government representatives from some 200 countries and other parties will focus on securing the 1.5°C goal and adapting to the negative impacts of climate change through the implementation of the Paris Agreement provisions.

At the time of COP27, world population is expected to reach 8,000,000,000. That figure is an increase of more than 2 billion humans on the planet since the first COP conference held in Berlin, Germany, in 1995.

The 8 billion milestone is double the size of world population in 1974 and quadruple its size in 1927. With the growth of the world’s population, annual CO2 emissions from fossil fuels and industry have grown enormously over the past century, increasing more than nine-fold since 1927 and doubling since 1974 (Figure 1). 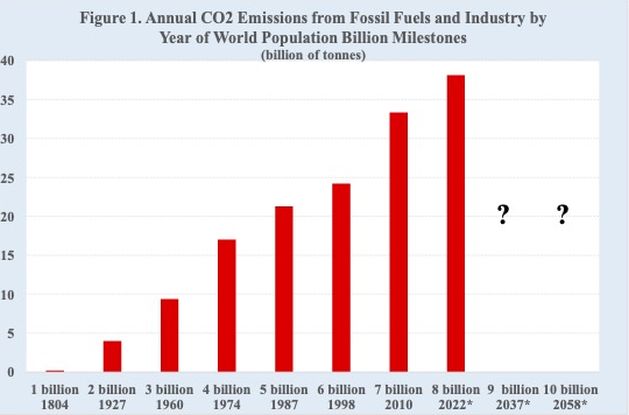 Source: United Nations and Our World in Data. *Projected figures.

The growth of world population has slowed down from its peak levels in the second half of the 20th century. It continues to increase, currently at about 70 million annually and projected to reach 9 billion by 2037 and 10 billion by 2058.

If annual CO2 emissions from fossil fuels and industry continue to increase as they have during the past several decades, their annual level of emissions in 2058 when the world’s population is expected to reach 10 billion would be more than 50 percent higher than it is today, or approximately 60 billion tonnes.

Warnings that rising carbon emissions are dangerously heating the Earth have been clearly conveyed to governments. In particular, scientists have emphasized that the burning of fossil fuels is already heating up the planet faster than anything the world has seen in 2,000 years. 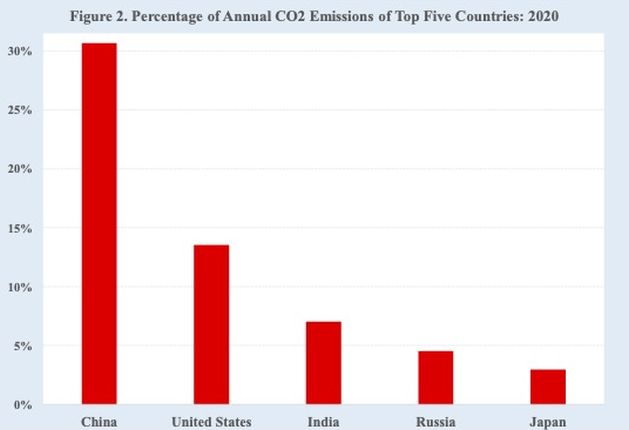 The United States is in second place accounting for 14 percent of the annual CO2 emissions in 2020. The percentages for the other three countries, India, Russia, and Japan, were 7, 5 and 3 percent, respectively

In addition to warnings of a climate change emergency, scientists have spelled out some of the likely consequences for life on the planet if the increase in global warming were to exceed 1.5 Celsius (Table 1). 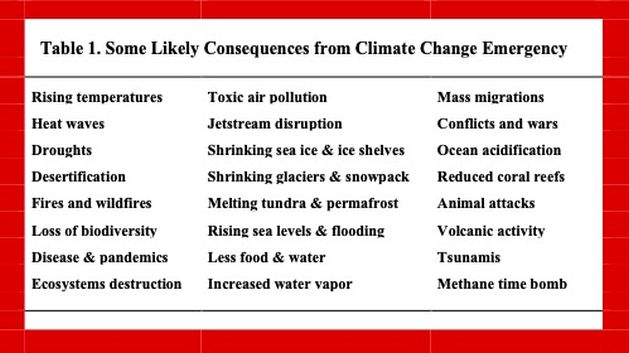 Source: Job One for Humanity.

Those likely consequences include warmer temperatures with increased frequency, intensity, and duration, impacting oceans, seas levels, coral reefs, fish levels, glaciers and ice and snow cover. Also, changes in patterns and amount of rainfall are expected to result in increased droughts and desertification as well as flooding.

Climate change’s worsening of air and water quality is expected to contribute to the spread of certain diseases and human illnesses accompanied by increased malnourishment, hunger, and mortality, as well as the deteriorating ecosystems impacting numerous plant and animal species. Climate change will also likely contribute to the increased displacement of people as well as illegal migration as millions of men, women, and children seek to escape the consequences of global warming and environmental degradation.

Due to the increasingly visible consequences of climate change, governments are finding it difficult to downplay the warnings of scientists. Among the weather consequences of the climate change emergency are worldwide record-breaking high temperatures as well as droughts, floods, wildfires, storms, and hurricanes.

Global surveys also report that the majority of the world’s population is worried about climate change. In January 2021, for example, the global climate survey by the United Nations Development Programme across 50 countries found that nearly two-thirds of the respondents consider climate change as an emergency and represents a clear call for governments to take the needed action to address it.

Various measures have been recommended to address the climate change emergency. Among those measures are stabilizing or reducing the size of human populations, eliminating the use of fossil fuels, moving to renewable energies, reducing air pollutants, restoring ecosystems, shifting from meat to mainly plant based diets, and transitioning to sustainable GDP growth (Table 2). 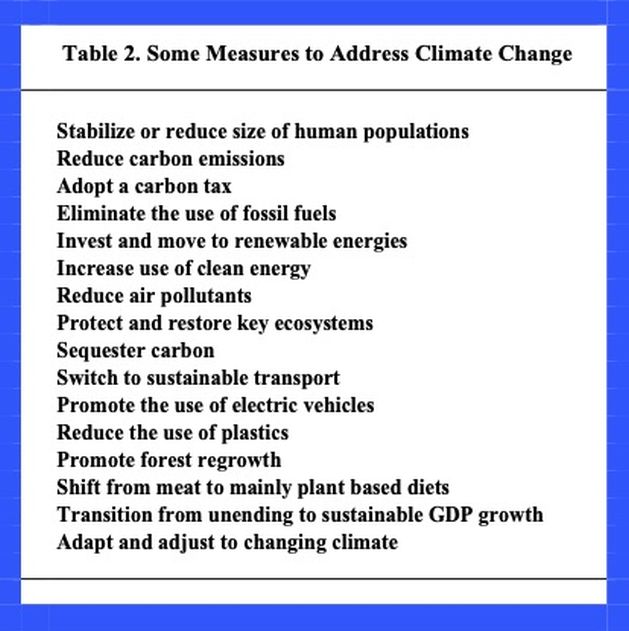 The upcoming November COP27 conference in Egypt is expected to follow the usual pattern of previous sessions with an adoption of a negotiated final report. However, that outcome is unlikely to be sufficient to achieve the internationally established goal of limiting the increase in global warming to a maximum of 1.5 Celsius.

Despite more than two dozen annual COP sessions, various international agreements, and enumerated goals, a binding international agreement to address the climate change emergency is lacking. In addition, an authority that would impose climate change policies is not likely to be established, particularly given the supremacy of national sovereignty.

Nevertheless, progress to address climate change has been achieved over the past several decades. The international community of nations adopted the UN Framework Convention on Climate Change in 1992, the Kyoto Protocol in 2005, and the Paris Agreement in 2015.

Also, governments have agreed on the science behind climate change, acknowledged the likely consequences of inaction, and have set emission reduction pledges to slow down CO2 emissions. Recently adopted policies have enhanced energy efficiency, slowed deforestation rates, and accelerated the use of renewable energy.

As stated above, climate scientists have warned that there is only a dozen years for global warming to be kept to a maximum of 1.5 Celsius. Given that 12-year window to address the global warming goal, there is little time to waste.

It is time for governments, especially the major contributors to global warming, to implement bold actions to address the climate change emergency.