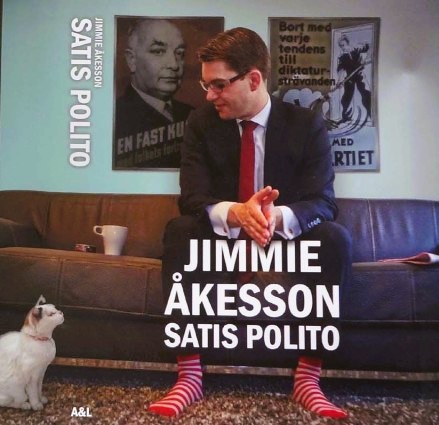 STOCKHOLM, Sep 22 2022 (IPS) - After general elections on the 12th September, Sweden is on the threshold of a new era. The Sweden Democrats (SD) won almost 21 percent of the votes and thus became the largest in a bloc of right-wing parties that now have a collective majority in the parliament. A nation that for a long time prided itself of being a beacon of tolerance and openness will now experience a historical transformation. The Sweden Democrats was once founded by Nazi sympathisers and for decades shunned by mainstream politicians. However, SD has now tipped the political scale in a country previously known for its stable and predictable politics, and some of the party’s former foes are now willing to co-rule with them.

SD thrives on fears of organized crime, narrow-mindedly associated with migrant environment. The party has benefited from many Swedes’ worries about immigration and a failed integration policy, which has secluded immigrants, often concentrating them to sparsely populated areas, or desolate suburbs, leaving many of them jobless and aid dependent. Most immigrants have not been obliged to learn Swedish and adapt themselves to Swedish society. SD is pointing out that Sweden’s foreign-born population has doubled in twenty years and has now reached twenty percent.

Recent high-profile cases of shootings and explosions in public places are connected with showdowns between criminal gangs fighting for a drug and weapons market often controlled by ethnic clans. A development feared by many Swedes and on social networks SD has resolutely inflated such fears. The party’s winning strategy has been its intention to introduce “strict law and order”, combining it with a ban on the entry of new asylum seekers, tougher criminal penalties, mandatory deportation of migrant criminals, penalise begging, and increase police presence in disadvantaged suburbs. Absent from these policies is an intensified effort to reach out to, integrate and educate immigrants, while assisting them in entering the labour market.

Leading SD for 17 years, Jimmy Åkesson is a vociferous demagogue, not afraid of using generalisations and cliches to engage a sympathetic public. He has been extremely active campaigning, travelling around the cities of the country. In his speeches, Åkesson has a knack for painting a grim picture of a country ravaged by crime, presenting his party as the only means to “make Sweden great again.”

Åkesson’s political foes and opponents eventually felt forced to climb up on his bandwagon of fear mongering, becoming engulfed by issues connected with law enforcement, while other important themes like rising energy prices, Sweden’s upcoming membership in NATO, disappointing results of educational reforms, long waiting times for adequate health care – all this was drowned out by a relentless focus on immigration and crime.

It seems like Swedish political parties have been blinded by their efforts to cling to power and influence, forgetting ideologies and their traditional agendas, becoming infected by the worryingly short-sighted ideology of an extremist party, which wants to return to a fictitious utopia consisting of a bygone ideal state of time-honoured norms and values. During debates preceding the elections almost nothing was said about a future threatened by climate change, a disappearing biodiversity, insufficiently controlled nuclear power, the automation of working life, growing mental maladies, and a vast array of other social problems.

SD’s success story has caused a fierce debate over how much the party has changed ideologically, while transforming itself from a political pariah to an influential power-broker. Jimmie Åkesson, who took over the leadership of SD in 2005, did ten years ago unveil a “zero-tolerance policy against racism and extremism”, excluding his party’s worst extremists. In 2015, he even suspended the party’s entire youth wing over its links to the far-right.

Why did SD exclude these “fanatics”, at the same time as it replaced its burning flame logo with a more innocent-looking flower and got rid of its slogan Keep Sweden Swedish? A viable explanation is that SD wanted to go “mainstream” by cleaning up a conspicuous past originating in the almost universally scorned White Power Movement with roots securely fastened down deep in the fertile ground of musty Nazism.

If SD members are reminded about this awkward truth, they might say that their party now is far from being Nazi-affected, as stated by a member of SD’s reformed youth moment:

All that was before I was born. People accuse us of bad stuff, but I don’t think the fact that there were shady people in the party 30 years ago has affected the appreciation of voters attracted by our current politics.

Probably not, even if SD’s legal spokesperson still seems to cling to the old slogan of Keep Sweden Swedish. He recently tweeted a picture of a Stockholm underground train branded with the party’s colours and stating “Welcome to the repatriation express. Here’s a one-way ticket. Next Stop Kabul.”

However, some people are well aware of the fact that when SD was established in the town of Malmö, one of its founding members was an old Nazi who once had volunteered in the Waffen-SS while another was “the last Swede who dared to show himself in a Nazi uniform.” Up until 1995, SD’s vice chairman was a lady who summarized the Party’s policy as

We can with a good conscience continue the fight against the poison of humanity: Marxists, Liberals and above all the Sionist occupying power. As the vermin they actually are, they will all be crushed like lice

It was this shady party that attracted four students in the university town of Lund. Jimmie Åkesson eventually became the leader of SD, while two members of the group now serve as Party Secretary and International Secretary, respectively. The fourth member, the only one who obtained a degree, is currently member of the Regional Board of Skåne, Sweden’s wealthiest region, after serving as Party Secretary and Vice Speaker of the Swedish Parliament.

As students these men enjoyed being “politically incorrect” and founded a group they called The National Democratic Students’ Union. They eventually joined the SD, stating they intended to “take over” this minuscule extremist party. They are now asserting they didn’t support SD’s extreme ideology. Nevertheless, why did they then chose to “take over” a Nazi party?

In his bland and impersonal political autobiography, Satis Polito, Latin for Sufficiently Polished, Jimmie Åkesson poses as heir to the “old” Social Democratic idea of a just and secure People’s Home. The cover is as falsely arranged folksy as the rest of SD’s messages. Vintage Social Democratic election posters and the cat are photo-shopped. The title of the book indicates SD’s intention of becoming housebroken by washing away its Nazi past. Or as an Italian newspaper expressed it: “Modern Fascism does not stomp around in leather boots, until it dares to show its true face it paws around in felt slippers.”

• Exalting “common people”, depicted as a homogenous group opposed to a multifaceted society. A view connected with xenophobia and mistrust of “power elites”.
• Scepticism towards representative democracy. Right-wing populists are happy to participate in elections. If they win, they tend to change the rules of the game to benefit themselves. Like Hungary’s Victor Orbán who stated “we only have to win once.” If they lose, populists often question the election results, suggesting that elections were rigged, like Donald Trump.
• An aggressive political style is expressed through a vulgar use of language, sharp condemnations and ridicule of opponents, while depicting themselves as victims of a biased media and the “establishment”.
• A frequent use of poorly substantiated claims and/or conspiracy theories aiming at undermining stories promoted by “established media” and members of the “elite”.
• Instead of open racism and xenophobia populist parties claim to adhere to and support a “national culture”. Whatever that might be? Jimmie Åkesson wrote in his book that he wants a speedy dismantling of the multicultural policy, in the cultural area, as well as other areas of society /…/ A strengthening of the cultural heritage and a restoration of the common national identity. We simply do not want the divided, segregated – soulless – society that the social-liberal establishment has created for us. We fight it. That’s why they hate us. That’s why they fight us. As a Sweden Democrat, I believe that something cannot be considered part of Swedish culture if it lacks a deep anchorage among current or previous generations of Swedes, or if it is something that is unique to Sweden, or a part of Sweden.

Such sentimental and basically incomprehensible gibberish makes many worried what will happen now when SD is going to be part of the Swedish Government. To what purpose? SD believes neither in climate change, nor in the equal value of human beings. What kind of future are they and their fellow parties around the world intending to create?

The final words of Satis Polito fail to mollify any worries. Jimmie Åkesson claims that the Social-Liberal Establishment so far has thwarted SD, but

Just let them be.
It is only natural that a falling autumn leaf is startled by an increasing wind.

I wonder from what direction this gathering storm is coming. Probably, from the dark world once created by Nazis and Fascists.