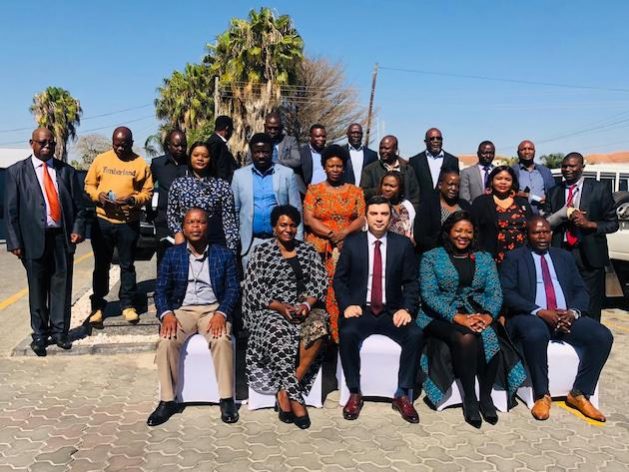 Delegates from the Zambia All Party Parliamentary Group on Population and Development (ZAPPD) met in Lusaka to develop a strategic plan to tackle population and development issues. Credit: APDA

Johannesburg, Sep 8 2022 (IPS) - Parliamentarians play a decisive role in addressing population issues, as was demonstrated when the majority voted against a private member motion to end the teaching of comprehensive sexuality education (CSE) in Zambia in 2020.

The seminar, supported by the Asian Population and Development Association (APDA) and the United Nations Population Fund (UNFPA), was attended by several expert researchers who unpacked the outlook for the developing nation.

Lester Phiri from the Planned Parenthood Association of Zambia (PPAZ) noted that much work was needed for the country to achieve its Vision 2030 goal of becoming a prosperous middle-income country. 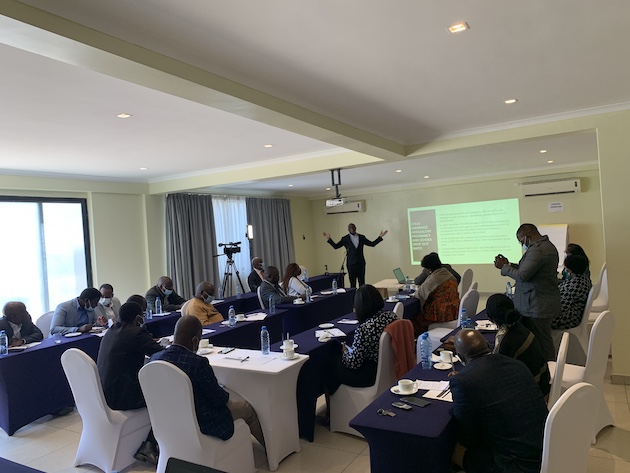 Delegates at a ZAPPD workshop heard that significantly high poverty levels, particularly in Zambian rural areas where 76.6 percent of people are considered poor, should be addressed. The workshop delegates contributed to a strategic plan to address population issues. Credit: APDA

Phiri noted that while the economy had grown, with more mothers surviving childbirth and children being healthier and more educated – this did not “automatically lead to overall national development and improved quality of life.”

To achieve Vision 2030, the significantly high poverty levels, particularly in the rural areas where 76.6 percent of people are considered poor, should be addressed.

Unemployment was high, Phiri said, and there was limited access to empowerment programs.

Another issue was the high fertility rates and maternal mortality rate of 252 for every 100 000 births.

Research indicated that at least one-fifth of married women had an unmet need for family planning.

Zambia’s development would benefit from an explained the benefit of a healthy and educated population by addressing family planning.

“Couples with smaller families are better able to provide for their children, save money, and escape poverty,” Phiri said. “In fact, studies show that shifting the age structure of the population can lead to a 47 percent increase in per capita income.”

Of concern was that gender-based violence was high, with nearly half (47 percent) of ever-married women reporting having experienced physical, sexual, or emotional violence.

Answering why, if the economy was growing, there was still widespread poverty, Phiri noted that Zamia had one of the fastest-growing populations in the world. By 2030 the population, estimated at 19 million, will have swelled to 24 million and 41 million by 2050.

This meant that at a “community and household level, there are a large number of dependents, which impacts the working population’s ability to save money and escape poverty”.

Another issue needing fixing was the high school dropout rate. The benefits to society would be significant if the country increased secondary school completion rates among youth, especially girls. Other programmes should include investment in comprehensive sexuality education and create an enabling policy environment for pre- and post-secondary, and tertiary education economic activity to counter unemployment and promote entrepreneurship.

“If we invest in the health and education of the population, especially women and girls, we may see a different Zambia in the years to come,” Phiri told the workshop.

Ifoma Mulewa, a sexual and reproductive health rights (SRHR) researcher at the National Assembly of Zambia, said these objectives could be achieved through energetic and committed parliamentarians.

She said MPs should take the initiative to bring motions on population matters; they should participate in population debates in the House and parliamentary committees and through oversight visits.

They could also undertake public hearings to get wider community and stakeholders’ views on population matters.

She called on them to keep the pressure on the Executive to adhere to international protocols on population and growth.

Phiri agreed and said there was inadequate commitment towards population and development in the allocation, disbursement, and utilization of national budgets. It was also crucial to balance legislation – for example, on child marriage, where the statutory versus customary laws were not harmonized.

It also had polity for youth, including Education Act 2011, the Comprehensive Sexuality Education Framework, and National Youth Policy (2015).

The Gender Equity and Equality Act (2015) ends discrimination against women.

However, MPs should engage more with the community on population and development issues.

The workshop, attended by about 35 participants and 22 parliamentarians, made crucial inputs to a strategic plan on population by ZAPPD. The new members of ZAPPD, under the leadership of Hon Princess Kasune, MP, are aiming to address the Committee’s contribution to implementing ICPD25 commitments.