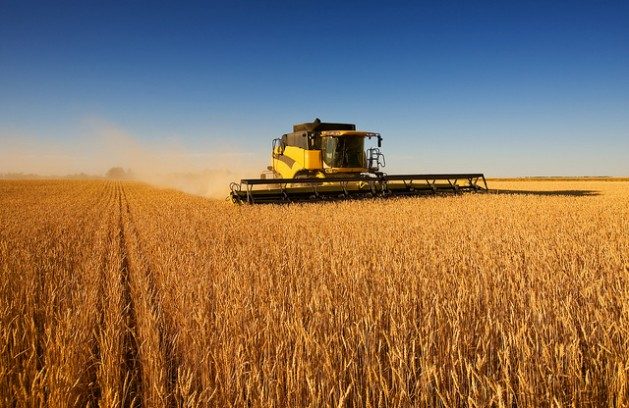 In each of the three global food crises studied, financial speculation has caused steep increases in prices, making food inaccessible to hundreds of millions of people. Credit: Bigstock

MADRID, Nov 11 2022 (IPS) - While grain exports continue to regularly flow to world’s markets since the July 2022 Turkey-brokered agreement between Russia and Ukraine to resume cereals and fertilisers shipments from both countries, food prices are still skyrocketing everywhere. How come?

The handiest answer by establishment politicians and media is that it’s all about the Russian invasion of Ukraine last February.

A small number of corporations exercise a high degree of influence over the global industrial food system, powered by mergers and acquisitions of one another to form giant mega-corporations, which enable further concentration horizontally and vertically, as well as influence over policy-making and governance nationally and globally

Another argument they use is that it is Russia who interrupted its gas and oil exports, omitting the fact that it is West US-led sanctions that have drastically cut this flow to mostly European markets, causing a steady rise in energy costs, food transportation, etcetera.

“It is true that the Russian invasion against Ukraine disrupted global markets, and that prices are skyrocketing. But that also tells us that markets are part of the problem,” last April warned Michael Fakhri, the UN Special Rapporteur on the Right to Food, 2022.

In his report to the United Nations Security Council, the Special Rapporteur stated that hunger and famine, like conflicts, are always the result of “political failures.”

Specifically, explains Michael Fakhri, “Markets are amplifying shocks and not absorbing them… food prices are soaring not because of a problem with supply and demand as such; it is because of price speculation in commodity futures markets.”

The current food crisis is caused by “international failures,” he said, while providing two points in conclusion:

– And yet Member States have refused to mobilise the Rome-based agencies and other UN organisations to respond to the food crisis in a coordinated way.

According to Michael Fakhri, some Member States and civil society organisations tried to get the CFS to pass a resolution last October in order for it to be the place to enable global policy coordination around the food crisis.

“And yet some powerful countries – some members of the P5 [the five permanent, veto-holder prowers]– actively blocked that initiative. This undermined the world’s ability to respond to the food crisis.”

Meanwhile, in a 7 November 2022 dossier by Focus on the Global South, Shalmali Guttal warned that a perfect storm is brewing in the global food system, pushing food prices to record high levels, and expanding hunger.

“As international institutions struggle to respond, some governments have resorted to knee-jerk ‘food nationalism’ by placing export bans to preserve their own food supplies and stabilise prices….”

In its dossier, researchers from Focus on the Global South write about various aspects of the current crisis, its causes, and how it is impacting countries in Asia.

These include regional analysis, case studies from Sri Lanka, Philippines and India, “the role of corporations in fuelling the crisis and the flawed responses of international institutions such as the World Trade Organisation (WTO), the Bretton Woods Institutions and United Nations agencies.”

The recently released State of Food Insecurity and Nutrition in the World 2022 (SOFI 2022) report presents a sobering picture of the failure of global efforts to end hunger, malnutrition and food insecurity. According to SOFI 21, “even before the Covid-19 pandemic struck in 2020, world hunger levels were abysmally high.”

In their recent analysis: A food crisis not of their making, CP Chandrasekhar and Jayati Ghosh, said:

Governments, and multilateral and international agencies are by and large apportioning the lion’s share of the blame for the current world food crisis to global supply shortages arising from the war on Ukraine, ignoring the persisting impacts in low- and middle-income countries of “the market forces of concentration and speculation, of globally determined macroeconomic processes, and the collapse of livelihood opportunities affecting these countries in the post-Covid world.”

Central to recurring food price volatility, food crises and the entrenchment of hunger and food insecurity are “market structures, regulations, and trade and finance arrangements that bolster a global corporate-dominated industrial food system, and enable market concentration and financial speculation in commodity markets.”

Furthermore, an analysis by the International Panel of Experts on Sustainable Food Systems (IPES-Food) indicates that the kind of “excessive speculation” seen in 2007-2008 that triggered food price spikes may be back.

“Multilevel market concentration and financial speculation on commodity markets have played pivotal roles in past and the present food crises and present grave threats to the realisation of the Right to Food.”

In addition, a historical examination of food crises over the past 50 years by professor Jennifer Clapp shows that the global industrial food system has been rendered more prone to price volatility and more susceptible to crises because of three interrelated manifestations of corporate concentration:

– Second, a small number of countries specialise in the production of staple grains for export, on which many other countries depend, including many of the poorest and most food-insecure countries.

– And third, the global grain trade is dominated by a small number of firms in highly financialized commodity markets that are prone to volatility (IPES-Food 2022; FAO 2022; OECD and FAO 2020).”

On this, Jennifer Clapp, professor and Canada Research Chair, School of Environment, Resources and Sustainability, explains that “a small number of corporations exercise a high degree of influence over the global industrial food system, powered by mergers and acquisitions of one another to form giant mega-corporations, which enable further concentration horizontally and vertically, as well as influence over policy-making and governance nationally and globally.”

As “cross-sectoral value chain managers” these grain trading giants are able to compile large amounts of market data, but are under no obligation to disclose this information and can hold stocks until prices have peaked, explains the expert.

“And in each of the three global food crises studied, financial speculation has caused steep increases in prices, making food inaccessible to hundreds of millions of people.”