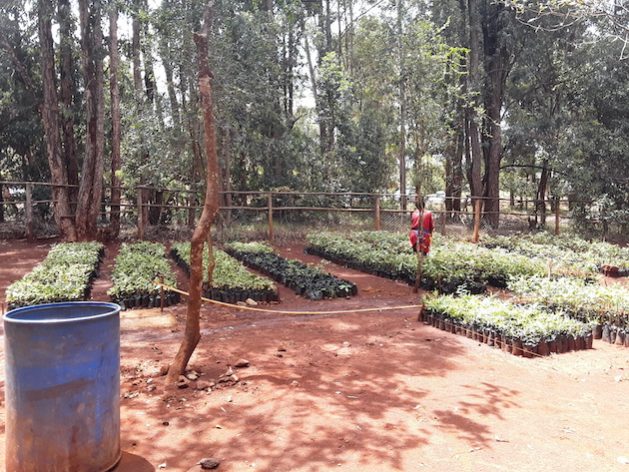 Pan-African initiatives to boost food production and research and development could increase yields on farms on the continent. Credit: Joyce Chimbi/IPS

Of the 24 countries classified as hunger hotspots by the UN’s Food and Agriculture Organization and the World Food Programme in 2022, 16 are in Africa. The continent accounts for 62 percent of the total number of food insecure in hotspot countries. 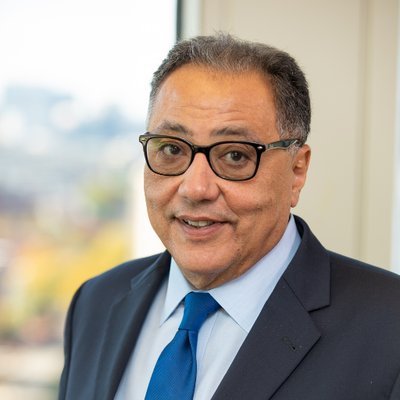 “Over time, climate shocks have significantly impacted Africa’s fragile food chain. The most severe drought in the Horn of Africa in decades is ongoing, floods in West Africa and severe cyclones in Madagascar and Mozambique. Climate change will contribute to a decline in African agricultural yields, which are already very low, by 5 to 17 percent by 2050,” says Hafez Ghanem, former regional Vice President of the World Bank Group and a current non-resident senior fellow in the Global Economy and Development Program at the Brookings Institution.

External factors – the disruption of food systems caused by the COVID-19 pandemic and the consequent reduced purchasing power, Russia’s invasion of Ukraine, which led to an increase in world food, fuel and fertiliser prices – coupled with drastic weather changes, and continuation or intensification of conflict and insecurity have compromised an already fragile food chain.

Ghanem says that conflict and climate change are the most pressing challenges for Africa, creating conditions for food insecurity, worsening food insecurity levels and making it difficult for the continent to put food on the table. Rising food insecurities are, in turn, a catalyst for conflict.

Overall, 80 percent or an estimated 137 million people in conflict-affected countries, including the Horn of Africa, northern Nigeria, eastern DRC and the Sahal, are food insecure.

According to FAO and WFP, three countries – DRC, Ethiopia, and Nigeria – account for more than 56 percent of the food insecurity in Africa.

“The three countries have two characteristics in common, conflict and vulnerability to climate change. This situation is further worsened by external factors such as the war in Ukraine, global inflation and rising fuel prices,” he observes.

As a net food and fuel importer, FAO research shows Ethiopia is particularly affected by high international prices. Food price inflation averaged 40 percent during the first half of 2022.

The onset of floods in 27 Nigerian states earlier in February 2022 has, according to FAO and WFP joint reports, damaged 450,000 hectares of farmland, seriously compromising the 2022 harvest. Floods have similarly disrupted agriculture in South Sudan.

Ghanem says that these climatic shocks coming after the locust infestation of 2019-2020, which affected 1.25 million hectares of land in Ethiopia, Kenya, and Somalia, have had substantial negative consequences for food security in the region. Political instability and conflict in Ethiopia, Sudan, South Sudan, and Somalia have worsened the situation.

He says that the Sahel – Burkina Faso, Chad, Mali, Mauritania, and Niger – has seen a 50 percent increase in food insecurity compared to 2021. A reflection, he says, “of the sharp increase in political instability and conflict in Mali, Chad, Burkina Faso, and rising world prices for food, fuel, and fertilisers.

Ghanem urges political leaders and civil society to address the root causes of conflict and instability and says solutions include dealing with the social, political and economic exclusion of large segments of the population. He says all people should feel invested in their own country.

Against this backdrop, he argues for pan-African initiatives to boost food production “Africa’s agriculture has the lowest yields in the world. Africa has the least percentage of irrigated land and uses the least fertiliser per hectare. The continent also invests the least in research and development.”

In the absence of up-to-date research to produce innovative approaches to combat challenges facing agriculture today and without the use of quality fertiliser, certified seeds and new and more climate change-resilient varieties of seeds, he says the continent will be hard-pressed to overcome rising food insecurities.

“Despite these challenges, I am optimistic that pan-African initiatives and joint projects are viable to address these gaps, including establishing four or five research centres for agriculture on the continent, joint irrigation projects and building fertiliser-producing companies,” he explains.

“Africa imports about 60 percent of all fertiliser use, making it very expensive for our farmers, leading to low fertiliser usage. We already have big fertiliser-producing companies, including Dangote in Nigeria and OCP in Morocco. The continent can work with such African fertiliser producers to establish more fertiliser factories on the continent.”

He stresses that Africa is ripe with opportunities for inter-African cooperation and that the Africa Continental Free Trade Agreement, which all 54 countries have signed on the continent, will accelerate the free flow of goods and services and could increase pan-African investment projects in agriculture.

In making a case for a pan-African approach to tackle food insecurity, Ghanem says besides open markets and free trade, this would be an opportunity to promote multi-country regional investments in infrastructure, which would, in turn, enhance agricultural productivity and resilience to climate change.

Further, he sees such an approach as an opportunity to create an African council to coordinate and encourage agricultural research and development. Equally important, a pan-African approach could support a facility to ensure vulnerable African countries can finance food imports in times of crisis.

Buoyed by its vast natural resources and human capital, he says a united vision for Africa will help develop Africa’s bread baskets and deliver a future with food security for all. For more on this subject, see Ghanem’s paper here.