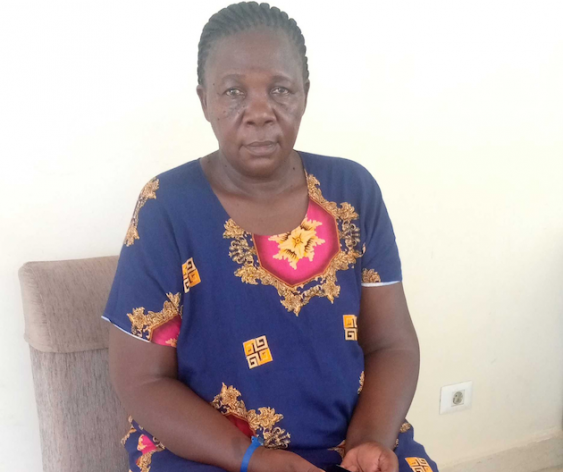 “There have been a growing number of women in my village who experienced intimate partner violence. But they have always accepted to continue bearing the brunt of suffering because of their inability to deal with their finances,” Okollet, who is the chair and founder of Osukuru United Women Network, told IPS.

With the increasing levels of domestic violence in rural Uganda, Okollet is now championing using climate change solutions to curb its occurrence in this East African nation.

The latest estimates by the World Bank indicate that 51% of African women report that being beaten by their husbands is justified if they burn or refuse to prepare food. Yet acceptance is not uniform across countries. The report shows that the phenomenon appears deeply ingrained in some societies, with a 77% acceptance rate in Uganda.

Okollet’s organization currently empowers and educates women on how climate change affects their village resources. Most importantly, it provides resources for entrepreneurship and counseling to women affected by domestic violence and advocates for their emancipation by empowering them to be self-reliant by becoming green entrepreneurs.

With 2,000 members engaged in various climate solutions, including carbon farming, clean energies, and tree planting, the tradition of abuse has slowly started to fade in rural Uganda as many women who used to depend financially on their husbands have taken bold steps in investing in green projects.

“It has traditionally been regarded as shameful for the male members of a family if a female member works outside of the home and earns a living,” Okollet told IPS on the sidelines of the just concluded global climate summit in Sharm El-Sheikh, Egypt.

To amplify support for women to build climate resilience, the African Development Bank organized the session held during COP27 in Sharm El Sheikh under the theme, “Gender-sensitive and climate just finance mechanisms.”

The panelists said facilities tailored to supporting women, who are helping to build climate resilience, must be visible, simple, and easily accessible.

During the session, the former Irish president and an influential figure in global climate diplomacy, Mary Robinson, pointed out there is not currently an appropriately dedicated climate fund or a permanent climate fund to support women entrepreneurs in combating climate change.

Robinson gave the example of some women-led projects in Uganda which could do ten times more if they had access to targeted climate resources. “They had no prospects of getting the money that could be available for their sector – they didn’t even know who was getting the money or where it was going,” she told delegates.

So far, the bank has earmarked funding for ten capacity-building projects focusing on gender and climate through the Africa Climate Change Fund.

According to Kevin Kariuki, the bank’s Vice President Vice for Power, Energy, Climate, and Green Growth, the new funding mechanism has committed $100 million in loans to public and private sector projects to address gender and climate issues across the continent.

Apart from the new funding scheme launched on the sidelines of COP27, the European Bank for Reconstruction and Development (EBRD), the African Development Bank Group (AfDB), and the French Development Agency (AFD) in partnership with the Egyptian government also launched the Gender Equality in Climate Action Accelerator.

It is expected that the accelerator will support private sector companies improve the gender responsiveness of their corporate climate governance.

In the meanwhile, Okollet also said that in collaboration with local administrative authorities in her remote rural village in Uganda, she has already trained several hundred women on how to develop green projects so that they become financially independent and confident to face whatever difficulties they may face in life – including domestic violence.

According to her, most rural women in Uganda must wait for their husbands to decide on land management and access, leaving many women underemployed and without any control over productive resources and services.

“These income-generating projects from green initiatives are helping the majority of these women to develop self-sufficiency in their families and stand on their feet,” she said.
IPS UN Bureau Report