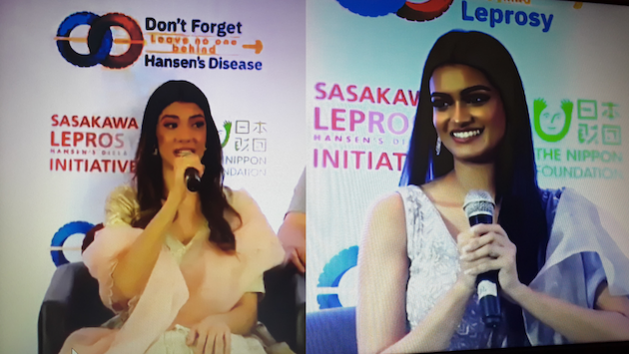 Miss World Brazil Letícia Frota and Pragnya Ayyagari, Miss Supranational India agreed that zero leprosy and campaigns to destigmatize the disease should not be sidelined because of COVID-19. Credit: Joyce Chimbi/IPS

Nairobi, Nov 8 2022 (IPS) - Deep-rooted discrimination against persons affected by leprosy or Hansen’s disease has marginalized individuals and communities. As social pariahs, opportunities to pursue their dreams are limited because, at best, they live at the periphery of society and, more often than not, are ostracized.

Yohei Sasakawa, WHO Goodwill Ambassador for Leprosy Elimination, said that because of discrimination and shame, “We had a long period when all people affected by leprosy had to live silently. Today, we have the Don’t Forget Leprosy Campaign, and we all have a role to play in this endeavor.” 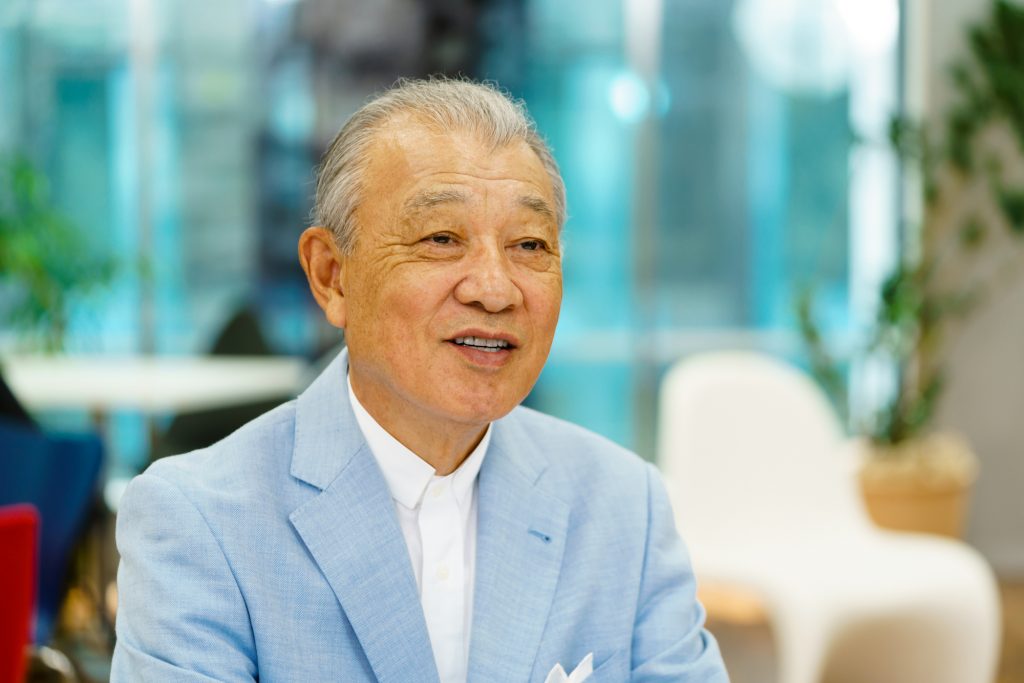 Yohei Sasakawa, WHO Goodwill Ambassador for Leprosy Elimination, says everybody has a role to play in destigmatizing leprosy. Credit: Sasakawa Foundation

He was speaking during the third and final day of the 2nd Global Forum of People’s Organizations on Hansen’s Disease held by the Sasakawa Leprosy (Hansen’s Disease) Initiative in Hyderabad, India, from November 6 to 8, 2022, where participation was both in person and virtual.

During the Forum, discussions centered on the challenges persons affected by leprosy face and the vision of the future they wish to create moving into the post-COVID era. The primary objective was to strengthen and maximize the roles and capacities of people’s organizations to promote the dignity of persons affected by Hansen’s Disease.

Speakers and participants at the 2nd Forum highlighted how persons affected by leprosy are increasingly speaking out and seeking participation in implementing leprosy programs and formulating related policies. There are at least 41 People’s Organizations on Hansen’s disease in 25 countries across the globe.

Good practices of how people’s organizations are building capacities and expanding roles to enhance the dignity of those affected by the ancient disease from countries such as Ethiopia, India, Nepal, and Indonesia were extensively shared on days one and two of the Global Forum.

This gave way to the third and final day for speakers and attending participants to host side events on a theme of their choice in line with the Forum’s overall objective.

Miss World Brazil Letícia Frota and Pragnya Ayyagari, Miss Supranational India held a special session to raise visibility about persons affected by leprosy within the context of the Don’t Forget Leprosy Campaign. They reminded the world that leprosy should not be sidelined amid the COVID-19 pandemic.

The beauty queens spoke passionately about the need for a united vision toward a future without leprosy. They participated in a panel discussion that included Sasakawa and representatives of the Movement of Reintegration of Persons Afflicted by Hansen’s Disease (MORHAN) in Brazil and the Association of People Affected by Leprosy-India (APAL).

Discussions were firmly centered on the need to raise awareness and increase visibility around Hansen’s disease and the people affected, to work towards their inclusion and integration, and to particularly reach out to the younger generation as their role is critical towards zero leprosy.

Frota stressed the need to spread awareness, especially to the younger generation who remain in the dark regarding leprosy. To change the future, she said, “We need to change the landscape of the disease by actively engaging young people. I will continue to engage and raise funds towards a future without leprosy.”

Miss World Brazil further spoke about the rights of people affected by leprosy to live and enjoy opportunities without discrimination. She highlighted the need for early detection and treatment of leprosy as critical to reaching zero leprosy.

Participants were pleased with the involvement of the beauty queens because, as celebrities, they can use their massive following to draw attention to the disease.

Representatives of MORHAN and APAL said that as people affected by leprosy, there is an urgent need to take the message to the world that leprosy is curable and that the community must not be forgotten even as COVID-19 continues to take center stage.

They all lauded ongoing efforts to bring the global community together to bring attention to the ancient disease and to forge a way forward toward its elimination.

Sasakawa encouraged those at the forefront of fighting stigma and discrimination against leprosy and those taking active steps towards its elimination always to remember that they are not alone.

“So many like-minded people support you and are comrades in this fight. You might face certain challenges going forward but remember that so many people are backing you,” he said.

During the panel discussion, persons affected by leprosy from different countries had an opportunity to speak about how they are still grappling with the pain of stigma and discrimination even after being healed from leprosy.

They stressed that even though they cannot transmit leprosy to others, they are still treated with fear, and many are silenced by the stigma, unable to live life to their full potential. They vowed to use this pain to fuel and boost the Don’t Forget Leprosy campaign towards a future free from all forms of discrimination against those affected by the ancient disease.

In all, representatives of persons affected by leprosy urged participants to use the little they have to do whatever they can. By and by, they said, the global campaign to eliminate leprosy will grow wings to fly to every corner of the world, to reach people with the message that leprosy is curable, and to give hope to every person affected by leprosy.