NEW DELHI, India, Dec 8 2022 (IPS) - In 2019, when the President-elect of the European Union (EU) Ursula von der Leyen had presented a list for her soon-to-be European Commission, and on that list was a portfolio called “Protecting the European way of life”, a lot of noise was made questioning what that meant. “Protection” was later changed to the “Promotion” of the European Way of Life. It’s been over three years since this very controversial, much debated and widely criticised portfolio as many continue to question what uniquely is the ‘European way of life’? 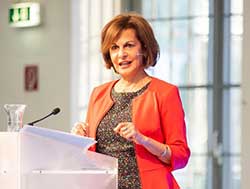 The European Union as of 2021 has 447.2 million inhabitants, out of which 23.7 million, that’s 5 percent of EU’s total population who are non-EU citizens and 37.5 million, almost 8.5% of all EU inhabitants were people born outside the EU.

“The European way of life, for many it’s about being christian and about being white. So anyone who doesn’t fall into those categories is seen as not belonging to Europe,” says Shada Islam, Brussels based specialist on European Union affairs.

“There are about 50 million people of colour, European of colour across the European Union, that’s a huge number of people, not just a small minority, and that means, migrants are part of that & refugees are part of that. The narrative of Europe is so out of date and out of touch with the reality of the diverse and multicultural Europe that there is today,” says Islam.

Over the years Europe has seen an increase in securitization of the migration, severe pushback and disturbing patterns of threat, intimidation, violence and humiliation at the borders leading to human rights violations, the closure of borders due to the COVID-19 pandemic, growing Islamophobia, racism and the rise of right-wing in Europe, all leading up to being very strong indicators of the continuously growing anti-immigrant sentiment.

Russia’s ongoing invasion of Ukraine has created one of the biggest refugee crises of the modern times. Just a month into the war, more than 3.7 million Ukrainians fled to neighbouring countries seeking safety, protection and assistance – this is known to be the sixth-largest refugee outflow over the past 60- plus years. While most European countries have displayed an exceptionally generous stance on arriving refugees, unlike the 2015 refugee crisis when the EU called for detaining arriving refugees for up to 18 months.

Islam says while Europe has opened its arms, homes, schools and hospitals to millions of Ukrainian refugees, migration policies continue to remain hardened by European leaders against refugees especially from the Middle East and Africa. “It’s a sense of compassion, empathy and solidarity that we see towards refugees from Ukraine, but why can’t we show that to people fleeing wars, hunger and climate change from other parts of the world? Why are they kept in camps, why are they pushed back from Frontext, our border control. Why can’t they be welcomed with the same sense of compassion and empathy,” Islam says.

Earlier in March, in response to the Ukrainian crisis, the government of Bulgaria took the first steps to welcome Ukrainian refugees. At a time of one of the worst humanitarian catastrophe, this move by Bulgaria was most welcomed by all, however many human rights activists raised questions of discrimination and double standards when Prime Minister Kiril Petkov said, “these are not the refugees we are used to. This is not the usual refugee wave of people with an unclear past. None of the European countries are worried about them,”.

In February 2022, the refugee crisis on the Polish-Belarusian border had worsened with reports of migrants staying in a camp being forced out, pushed back by security forces with water cannons and tear gas.

According to this report in 2021 thousands of people fleeing conflicts in the Middle East and other areas tried to enter the European Union through Lithuania, Latvia and Poland from neighbouring Belarus. The situation at the borders had become critical during the winter months, with hundreds of people stranded for weeks in freezing conditions. According to Polish border guards, 977 attempts to cross the border were recorded in April 2022 and nearly 4280 since the beginning of 2022, far fewer than November 2021 when between 3000 – 4000 migrants had gathered along the border in just a few days. All at a time when the European Union had promised to accept everyone coming from Ukraine.

In Italy, life was tough for asylum seekers, as most were denied refugee status, barred from legal employment and regularly faced discrimination. In the lead-up to the recent elections, there were reports of several violent attacks against asylum seekers and migrants, including the killing of Alika Ogorchukwu, a Nigerian man living in Italy had sent shockwaves across the country and sparked a set of debates on racism.

Earlier in November, the Italian government refused to allow about 250 people to disembark from two non-governmental rescue ships docked in Catania. Human Rights organisations called out the move by the Italian government that gave the directive to the rescue ships to take them back to international waters stating it put people at risk and violated Italy’s human rights obligations.

Hungarian Prime Minister Viktor Orban has been quiet vocal about his anti-refugee views and stance, when he refused to take in refugees in 2018 and calling them “Muslim invaders”. His most recent comments said that countries “are no longer nations” if different races mix.

The current refugee crisis clearly highlights what the problem really is – it’s accepting the unavoidable gap between the inclusive logic of universal human rights and Europe’s prerogative to exclude those whom it believes to be outsiders. Despite international laws and obligations, or the very concept of political asylum, “Europe has displayed the arbitrariness of its borders, both internal and external”. Creating a system that others individuals based on colour, race, and religious background, it continues to reinforce the bias towards human lives.

People who flee their country of origin, flee for a reason, either due to armed conflicts, economic distress, war or political instability, and International law guarantees to each person fleeing persecution the right to request asylum in a safe country. Asylum laws differ in each European state because the EU considers immigration law a matter of national sovereignty. Except what we see being used for people fleeing and reaching out to European countries are terms like “invasion”, “flooding” and “besieging”.

Integration and inclusivity is a mind set, a long term process that requires accommodation from all sides. Refugee social integration is also in line with the United Nations Sustainable Development Goal 16, which includes integration into the economic, health, educational and social context. How Europe tackles its racism, discrimination and asks itself uncomfortable questions, including it’s legacy of colonialism and participation in the Atlantic Slave trade, will take it one step closer to creating a more racially diverse and inclusive Europe – which “lives up to its ideals and values”.

“Europe needs foreign labour, Europe needs the talents of all its citizens, we are going into a recession, an economic slowdown, and we need all hands on the deck. If you are going showing so much discrimination at home, you are hardly in a position as the EU to stand on the global stage and talk about human rights, and the rights of women and ethnic minorities. You are losing your geopolitical influence and edge that you could have in this very complicated world,” says Islam.