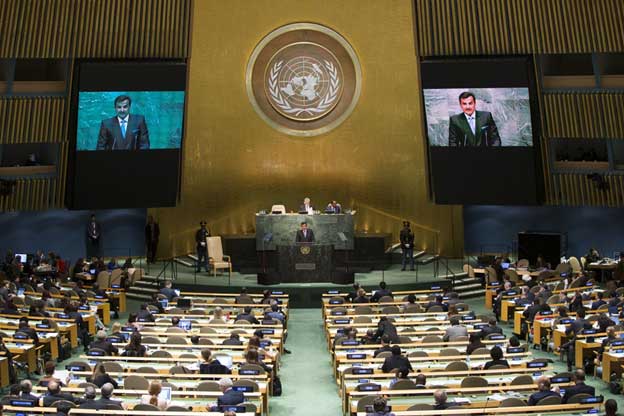 MEXICO CITY, Dec 5 2022 (IPS) - Peter Zimmermann owns a bar located in the German city of Cologne, which for thirty years has been a favorite for those who want to watch a soccer game.

Curiously enough, for the World Cup that is currently taking place in Doha, Qatar, the owner of Lotta, as the bar is called, decided to join a protest movement, and instead of announcing any specials, he hung a banner with the legend “#BoycottQatar2022”.

The position taken by the German sector that presumes to be concerned about the condition of human rights is interesting, considering that human traffickers for sexual exploitation are treated with benevolence in that country.

In the most recent Trafficking in Persons Report released in July 2022 by the United States Department of State (DOS), it is recognized that the German government meets “minimum standards” to address the problem.

However, the report criticizes that “Judges continued to issue lenient sentences resulting in 66 percent of traffickers arrested receiving fully suspended sentences or fines of less than one year in prison.”

This means that in Germany, traffickers continue to operate, causing internal security and injustice problems. “A German who steals a car will spend more time in jail than a human trafficker,” John Cotton Richmond, who was the US Ambassador General to Monitor and Combat Human Trafficking from 2018 to 2021, told us recently.

The same DOS report highlights that the German government still does not have a national victim identification guide, a fact that makes the process complicated for those who seek refuge or request asylum.

Nor did the government report whether it granted compensation or restitution for the victims, something that is infrequent for cases in that country, where funding for shelters and NGOs for care and assistance to victims is scarce.

All this is also ignored by German soccer player Phillip Lahm, (Brazil 2014 World Cup Champion), who also claimed that “human rights should play a more important role in the awarding of a tournament” and was surprised that the competition takes place “in a country that is one of the worst in terms of respect for human rights.”

Faced with similar lawsuits launched in all parts of the world, we have to ask ourselves: Is Qatar one of the worst-rated countries in terms of human rights? Taking into account the 2022 Trafficking in-person report, the small nation is located at a second level in terms of human trafficking along with countries such as Denmark, Israel, Italy, Mexico, and Switzerland.

It also shares the second level with other Middle Eastern countries such as Egypt, Morocco, and Tunisia, and is well ahead of others recognized as human rights violators such as Iran or Syria, let alone Yemen or Libya.

Although the report charges that “the Government of Qatar does not fully comply with the minimum standards for the elimination of trafficking”, it concedes that “it is making significant efforts to do so” and found that the authorities have shown an overall increase in efforts compared to the previous period.

Currently, more cases of forced labor are being investigated, and a greater number of traffickers are being prosecuted and convicted.

Where Qatar receives the harshest criticism is in the recent report by Amnesty International (AI) which points out that despite the reforms celebrated by the government, “the migrant worker population continued to suffer labor abuse” without being allowed to “change jobs freely” also pointing out the increase in restrictions on freedom of expression in the run-up to the 2022 FIFA World Cup “while women continued to suffer discrimination in law and practice”.

Once again, AI’s criticism of Qatar seems fair, but it should be noted that a country like Mexico —which was awarded the venue for the 2026 World Cup together with the United States and Canada—, according to AI, has reported disappearances, violence and impunity, unlawful homicides, arbitrary arrest and detention, torture and other ill-treatment, violence against human rights defenders, violence against refugees and migrants; a large package of violations that do not occur in Qatar.

Since 2009, the United Nations Organization has had a Human Rights Documentation and Training Center (OHCHR) in Doha, the capital of Qatar. Not only for the nation where the World Cup is being held but also, for 21 others located in Southwestern Asia and Arab regions.

I witnessed this training in 2015 when I had the opportunity to participate in the 13th United Nations Congress on Crime Prevention and Criminal Justice held in Qatar, where I as part of a group of experts, demanded that the authorities of that country accelerate the changes; demands on which they were quite receptive.

Finally, seeking to host the World Cup, opening up to the world, and being examined by a magnifying glass in every way, allows us to see another face of the monarchy that has ruled Qatar for more than 70 years.

I am convinced that taking the 2022 World Cup was an excellent idea because, in addition to no longer excluding the countries of the Middle East from events like this (the first one in almost 100 years), it is an opportunity to try to understand their traditions, mentality, and customs, sometimes so far removed from our “western values”. Cancel culture does not pave the way to progress, understanding and accountability, it alienates and harbors resentment.