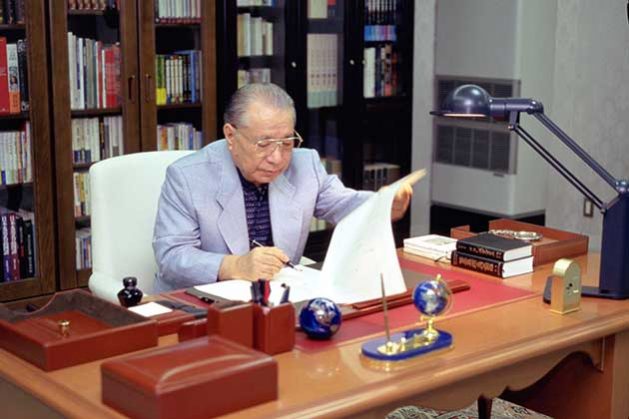 TOKYO, Japan, Jan 18 2023 (IPS) - The Ukraine crisis that erupted in February last year continues with no prospect for cessation. The intensified hostilities have inflicted great suffering in population centers and destroyed infrastructure facilities, compelling large numbers of civilians, including many children and women, to live in a state of constant peril.

The history of the twentieth century, which witnessed the horrors caused by two global conflicts, should have brought home the lesson that nothing is more cruel or miserable than war.

During World War II, when I was in my teens, I experienced the firebombing of Tokyo. To this day, I remember with great vividness getting separated from family members as we fled desperately through a sea of flames, and not learning that they were safe until the following day.

How many people have lost their lives or livelihoods in the ongoing crisis, how many have found their own and their family’s ways of life suddenly and irrevocably altered?

Many other countries have also been seriously impacted in the form of constrained food supplies, spiking energy prices and disrupted financial markets.

It is crucial that we find a breakthrough in order to prevent any further worsening of the conditions facing people worldwide, to say nothing of the Ukrainian people who are compelled to live with inadequate and uncertain supplies of electricity amidst a deepening winter and intensifying military conflict.

I therefore call for the urgent holding of a meeting, under UN auspices, among the foreign ministers of Russia, Ukraine and other key countries in order to reach agreement on a cessation of hostilities. I also urge that earnest discussions be undertaken toward a summit that would bring together the heads of all concerned states in order to find a path to the restoration of peace.

Together with calling for the earliest possible resolution to the Ukraine crisis, I wish to stress the crucial importance of implementing measures to prevent the use or threat of use of nuclear weapons, both in the current crisis and all future conflicts.

Nuclear rhetoric has ratcheted up, and the risk that these weapons might actually be used stands today at its highest level since the end of the Cold War. Even if no party seeks nuclear war, the reality is that, with nuclear arsenals in a continuing state of high alert, there is a considerably heightened risk of unintentional nuclear weapon use as a result of data error, unforeseen accident or confusion provoked by a cyberattack.

Along with reducing tensions with the goal of resolving the Ukraine crisis, I feel it is of paramount importance that the nuclear-weapon states initiate action to reduce nuclear risks as a means of ensuring that situations do not arise—either now or in the future—in which the possibility of nuclear weapons use looms. It was with this in mind that in July last year I issued a statement to the Nuclear Non-Proliferation Treaty (NPT) Review Conference in which I urged the five nuclear-weapon states to make prompt and unambiguous pledges that they would never be the first to launch a nuclear strike—the principle of “No First Use.”

Regrettably, the August NPT Review Conference was unable to reach consensus on a final document. But this in no way means that the nuclear disarmament obligations set out in Article VI of the treaty no longer pertain. As the various drafts of the final document indicate, there was widespread support for nuclear risk reduction measures such as the adoption of No First Use policies and extending negative security assurances, by which nuclear-weapon states pledge never to use nuclear weapons against states that do not possess them.

The pledge of No First Use is a measure that nuclear-weapon states can take even while maintaining for the present their current nuclear arsenals; nor does it mean that the threat of the some 13,000 nuclear warheads existing in the world today would quickly dissipate. However, what I would like to stress is that should this policy take root among nuclear-armed states, it will create an opening for removing the climate of mutual fear. This, in turn, can enable the world to change course—away from nuclear buildup premised on deterrence and toward nuclear disarmament to avert catastrophe.

Looking back, the global state of affairs during the Cold War era was characterized by a series of seemingly insoluble crises that rattled the world, spreading shockwaves of insecurity and dread. And yet humankind managed to find exit strategies and pull through.

One example of this is the Strategic Arms Limitation Talks (SALT) held between the United States and the Soviet Union. Intention to hold these was announced on the day of the 1968 signing ceremony for the NPT, which had been negotiated in response to the bitter lessons of the Cuban Missile Crisis. The SALT negotiations were the first steps taken by the US and the USSR to put the brakes on the nuclear arms race based on their nuclear disarmament obligations under Article VI of the NPT.

For those involved in these talks, to impose constraints on the nuclear policies that had been developed as the exclusive prerogative of the state could not have been easy. Nonetheless, this was a decision indispensable to the survival not only of the citizens of their respective nations, but of all humankind.

Having experienced first-hand the terror of teetering on the brink of nuclear war, the people of that time brought forth historic powers of imagination and creativity. Now is the time for all countries and peoples to come together to once again unleash those creative powers and bring into being a new chapter in human history.