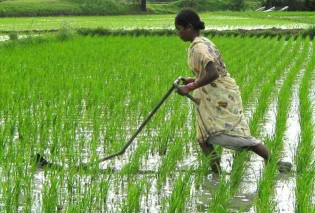 By Enrique Yeves
We worry about how we can continue to put food on our tables; and yet one-third of food is never eaten, instead being lost or wasted. We worry about eating properly, and yet in many countries, poor nutrition, obesity and micronutrient deficiencies are increasingly common. This trend is taking place in the Americas, Oceania, Asia, Africa and in Europe.

By Enrique Yeves
Desperate, frustrated, and with little hope for the future, on 17h December 2010, the Tunisian Mohamed Bouazizi doused himself in petrol and set himself alight. Thus began the popular revolution that toppled the dictatorship of Zine El AbidineBen Ali, in power since 1987, and with it a domino effect that spread across North Africa and the Middle East.
ADVERTISEMENT ADVERTISEMENT