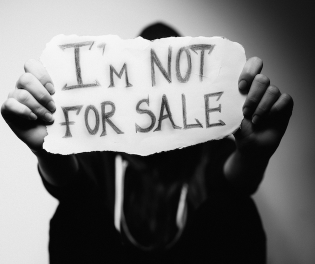 By Jamila Akweley Okertchiri
“It feels like yesterday when I was deceived by one man who claimed to be a travelling agent. He promised me a work opportunity and a good salary,” says 25-year-old Cissy, as she prefers to be called. “As a young lady coming from an average family who really needed help, I fell for his lies.”

By Jonathan Migneault and Jamila Akweley Okertchiri
Beatrice Boateng, a member of parliament with the New Patriotic Party, Ghana’s official opposition to the ruling New Democratic Congress, has earned her place among the country’s lawmakers.

By Jonathan Migneault and Jamila Akweley Okertchiri
At first glance Nortey Quaynor looks like any ordinary 29-year-old Ghanaian. If you spend a little time with him, though, you soon realise that something is different.

By Jonathan Migneault and Jamila Akweley Okertchiri
The incessant buzzing of mosquitoes was the first sign that there was something wrong. While Bernard Akumiah could clearly hear the small insects, there were none within his vicinity.

By Jamila Akweley Okertchiri and Paul Carlucci
On the grubby edge of Old Fadama, Accra’s infamous illegal slum settlement, 67-year-old Mariana Sayitou sits under a parasol and tends to her livelihood – selling several dozen kola nuts and a few piles of bagged beans to passers-by.

By Jamila Akweley Okertchiri
As streams dry out, groundwater levels dwindle, and forests and other vegetation yield to droughts or sever storms, women who live their lives in the rural areas of Ghana have to spend more time and energy finding water and food for their families.

By Paul Carlucci and Jamila Akweley Okertchiri
Emmanuel Joseph and George Amoah, two disabled Ghanaians, occupy different ends of the spectrum. The former lies on a piece of cardboard in Accra Central, his half-naked body twisted and mostly paralysed, the sun beating down on him while he waits to collect three dollars, the average proceeds of a day's begging.
ADVERTISEMENT ADVERTISEMENT