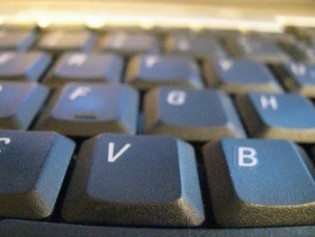 By Rosemary D'Amour
The number of journalists in prison worldwide has spiked to its highest level in 15 years. Of them, nearly half worked online, raising larger questions about Internet freedom for more than just reporters, but average citizens as well.

By Rosemary D'Amour
As the International Day for Persons with Disabilities approaches this Saturday, one institution is working to remove some of the barriers that prevent disabled people from taking a leading role in policies that affect their lives.

By Rosemary D'Amour
On a small stage, a woman appears, grief written on her face as she wanders through the streets of Kabul, searching for her missing child. Suddenly, she stops by a scene of ruins and stares.

By Rosemary D'Amour
For the women who participated in the political and social revolutions during the Arab Spring in 2011, there is a significant opportunity to enact real change for women's roles and relationships in the region - and also the possibility things could go the other way.

By Rosemary D'Amour
Dr. Rick Steketee, science director at the Malaria Control Partnership at PATH, a leading nonprofit organisation dedicated to public health in the Pacific northwest city of Seattle, isn't alone when he says that elimination of the infectious disease is a possibility.

By Rosemary D'Amour
Civil society organisations weighed in Friday on the risks and necessities associated with results-driven aid, asking the key question when it comes to a development project: Results for whom? Donors, or the people on the ground?

Looking for Democracy in Wake of Arab Spring

By Rosemary D'Amour
Civil society and government leaders gathered at World Bank headquarters in Washington on Thursday to debate the future direction of social and government accountability in the Middle East and North Africa.

By Rosemary D'Amour
Amid a global financial crisis that has shown little signs of reversing, next week's fall meetings of the International Monetary Fund and World Bank are crucial in setting the tone for rebounding world markets, to which leaders of the Bretton Woods institutions offered optimistic, yet ultimately vague, solutions in speeches this week.

By Rosemary D'Amour
South American experts and officials met in Washington this week to discuss current policy initiatives to combat human trafficking in their respective countries, part of a broader U.S.-wide tour to share information and strategies to deal with the issue.

China May Not Be Long-Term Engine of Latin American Growth

By Rosemary D'Amour
China's burgeoning presence as a leading trade and investment partner in Latin America is still an overriding concern for some observers in Washington, as the East Asian giant appears to have changed the focus of economic development in countries south of the U.S.'s border.
ADVERTISEMENT ADVERTISEMENT