WASHINGTON, Dec 9 2011 (IPS) - The number of journalists in prison worldwide has spiked to its highest level in 15 years. Of them, nearly half worked online, raising larger questions about Internet freedom for more than just reporters, but average citizens as well. 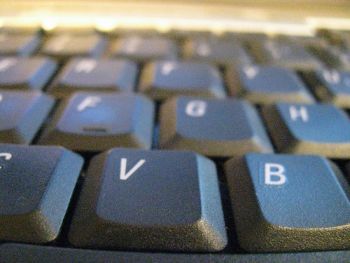 Eighty-six out of 179 journalists who were in prison worldwide as of Dec. 1, 2011 were reporters or bloggers whose work appeared online. Credit: Baddog/CC BY 2.0

Eighty-six out of 179 journalists who were in prison worldwide as of Dec. 1, 2011 were reporters or bloggers whose work appeared online, according to a new report by the Committee to Protect Journalists released this week.

“The ratio of imprisoned online journalists to other journalists has been disturbingly constant in the last few years,” Danny O’Brien, internet advocacy coordinator at CPJ, told IPS. “As for reasons behind it, I think that the desire for these people is to shut them up as quickly as possible, and throwing them in jail is the quickest way to do that.”

The imprisonment of journalists is perhaps the first indicator for the perils of freedom of expression and human rights, as reporters often face the brunt of repression for those looking to control dissent within and across borders.

The report’s revelation of the rising trend of imprisoned journalists appears as the 63rd anniversary of the U.N. Universal Declaration of Human Rights culminates in International Human Rights Day Dec. 10.

Article 19 of the U.N. Declaration grants the freedom to produce and consume information, “through any media and regardless of frontiers,” but this year, the Internet has taken center stage for the battle for opportunity, equality and access along political, social, and economic lines.

Though it is touted as a democratising force, there is a tremendous challenge that is also inherent within the openness of the Internet’s architecture – technologies for surveillance that can be used to monitor journalists and private citizens alike, or restrict their access.

At the Washington, D.C. component of an international seminar on Internet Freedom held at the Newseum on Thursday, U.S. Undersecretary of State Mario Otero cited concern about the growing sophistication of restrictive tools to control both external and internal opinions and information, and attempts to change the international standard to a legitimate “digital police state”.

“Repressive governments used to set up simple firewalls at Internet Exchange Points to block external content from outside their borders,” Otero said. “Now they’re using sophisticated software to monitor all digital activity within their countries, and to delete posts and block emails in something approaching real time.”

U.S. Secretary of State Hillary Clinton delivered the keynote address to the Internet Freedom seminar at the Hague in the Netherlands on Thursday, to galvanise support for stronger international standards of access and rebuke restrictions imposed by governors on the governed.

“The more people that are online and contributing ideas, the more valuable the entire network becomes to all the other users,” Clinton said. “But when ideas are blocked, information deleted, conversations stifled, and people constrained in their choices, the internet is diminished for all of us.”

The two-day seminar, sponsored by Google and the Netherlands, will culminate in meetings of public and private sector organisations, in the hopes that a multi-stakeholder approach will provide a more cohesive and enforceable strategy.

Thus far, the strategies to protect citizens and journalists from oppressive regimes have been predominantly through sanctions, but civil society organisations called for involvement beyond restriction of sales of hardware and software that enable monitoring activity online.

Through third-party sales and dual-use technologies for security, like encryption that can be used by private citizens, sanctions alone don’t work, argued journalists and civil society leaders at a panel discussion held in Washington on Friday by the New America Foundation.

“It’s not unreasonable to draw a parallel between the sales of Internet censorship tools and tracking and arms sales,” Nasser Weddady, civil rights outreach director at the American Islamic Congress, said Friday on the panel.

Weddady and panelists stressed the need for an overhaul of legislation to reflect the new realities of the digital revolution. Jochai Ben-Avie, policy director at Access Now and panelist at Friday’s event, said that in that effort, a broader theme needed to be represented.

“We need to start to add in human rights impact assessment into the equation, thinking through what are the impacts for human rights both at home and abroad as a result of legislation,” Ben-Avie told IPS.

In the CPJ’s Dec. 1 snapshot report of journalists in jail, the number of journalists had distinct regional differences. Countries in the Middle East and North Africa were the worst offenders with nearly 45 percent of the world’s jailed journalists, and Iran lead the list with 42 journalists in prison.

Another disturbing trend in the report revealed that although the majority of journalists were being held on “anti-state” charges or censorship violations, nearly half were held without due process.

But the high number of journalists imprisoned for material that appeared online, especially in countries with relatively strong online journalism and blogging communities, were indicative of larger trends, O’Brien said. All nine journalists in Vietnam, for example, were bloggers, and jailed for covering “politically sensitive” topics.

“Many online journalists don’t have the protections of other journalists, or protection of press laws,” O’Brien told IPS. “So they can be targeted as troublesome citizens rather than a rebellious journalist.”

Though the number of online journalists imprisoned has leveled out in the past two years, the consistently high numbers have been cause for concern, especially for future implications such as self-censorship, O’Brien told IPS.

“The other thing we’re seeing is that people are intimidated by these arrests,” O’Brien told IPS. “Talking with activists in Syria, people now feel more comfortable with talking online than they do online, because they feel more in control of the security of what they’re saying.”

“This is a worrying development, that all of the priorities we talk about will come to nothing if people are too scared to use it,” O’Brien told IPS.