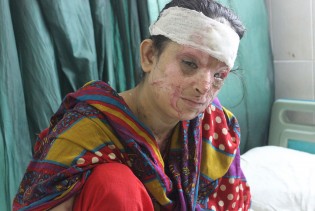 By Zofeen Ebrahim
Five months back, a scorched 26-year-old Ruqqaiya Perween was brought to the Civil Hospital's Burns Centre in the southern Pakistani port city of Karachi.

By Helda Martínez
Nobody will ever know if Jhon Jairo Echenique decided to take his own life out of remorse, fear or mental illness. But the suicide followed his arrest for the stabbing and burning with acid of his 19-year-old former girlfriend Angélica Gutiérrez.
ADVERTISEMENT ADVERTISEMENT