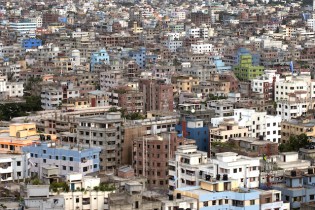 By Amantha Perera
It has been five years since Sri Lanka’s brutal three-decades-long civil conflict came to an end in May 2009, but for the country’s youth, true national reconciliation is still a long way off.

By K. S. Harikrishnan
At midnight on Oct. 12, 91-year-old George Puthenveettil, a widower living in Kalanjur village in the Pathanamthita district of the southern Indian state of Kerala, was brutally tortured and ousted from his own house by his only son for “not earning any money”.

By Patricia Grogg
Mabel Suárez, a 22-year-old Cuban woman, can’t concentrate on enjoying her youth. She helped take care of her great-grandmother for two years, and she knows that, whether she likes it or not, it will fall to her to take care of her grandparents and parents in their old age.

By Nitin Jugran Bahuguna
Mr. Jayakumar (73), a philanthropic bachelor hailing from a prosperous industrial family in the southern Indian state of Karnataka, decided at the age of 70 that it was time to settle down.
ADVERTISEMENT ADVERTISEMENT