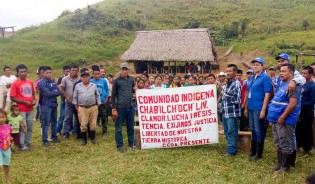 By Edgardo Ayala
Mining is not viable in this country, say Salvador Sánchez Cerén - who will be sworn in as the new president of El Salvador on Jun. 1 - and his team of environmental advisers.

By Ranjit Devraj
For years India’s pro-liberalisation, Congress party-led coalition government chafed at civil society groups getting in the way of grand plans to boost growth through the setting up of mega nuclear power parks, opening up the vast mineral-rich tribal lands to foreign investment and selling off public assets.
ADVERTISEMENT ADVERTISEMENT