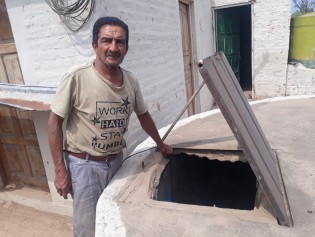 By Natalia Seas Yelma
Three and a half hours away from the nearest town along a dirt road, 38 families are struggling to preserve their land, customs and language in Bolivia’s Gran Chaco region. They are the Tapiete Indians, who refuse to disappear.
ADVERTISEMENT ADVERTISEMENT