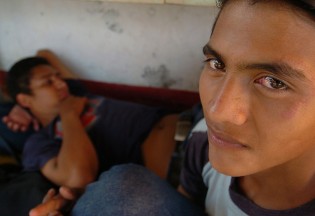 By Edgardo Ayala
For many undocumented child migrants from Central America, Mexico is the end of the road in their endeavour to reach the United States, driven by economic reasons, gang violence and domestic violence.
ADVERTISEMENT ADVERTISEMENT