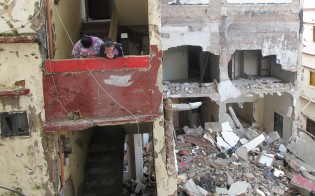 By Rebecca Murray
A group of Tabu fighters with mud-splattered trucks rest on the outskirts of Zweila, a small historic slave-trade stop in Libya’s southwest Sahara.
ADVERTISEMENT ADVERTISEMENT