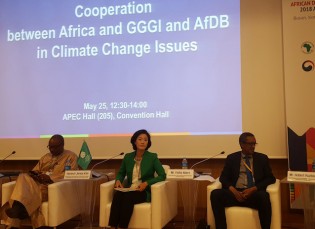 By A. D. McKenzie
When Dr. Evelyn Nguleka says that the world’s people shouldn’t bite the hand that feeds them, she explains that she’s not only referring to protecting farmers, but also to safeguarding the environment.
ADVERTISEMENT ADVERTISEMENT