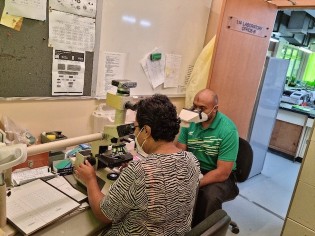 By Marko Phiri
Thirty-six-year-old Thandiwe Mtshali* watched helplessly as her informal cross-border trading (ICBT) enterprise came to a grinding halt when the Zimbabwean authorities closed the border with South Africa as part of global efforts to stem the spread of the deadly novel coronavirus.
ADVERTISEMENT ADVERTISEMENT