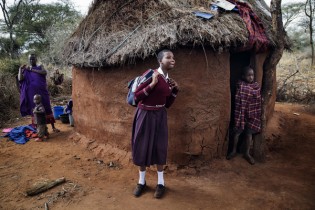 By Naimul Haq
Shirin Aktar was just 13 years old when her parents decided it was time for her to get married.

By Abida M. Telaee
In Afghanistan, the maternal mortality rate is on the rise; hospitals are filling up with anaemic women and girls; and in over 200 districts, high schools are devoid of even a single female pupil. These issues are not unrelated - they are all products of a grave social problem in this country of 35 million people: early child marriages.
ADVERTISEMENT ADVERTISEMENT