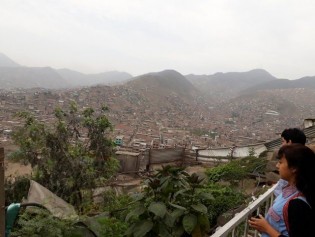 By Jomo Kwame Sundaram
Family farms have been contributing to food security and nutrition for centuries, if not millennia. But with changing demand for food as well as increasingly scarce natural resources and growing demographic pressures, family farms will need to innovate rapidly to thrive.

By Emilio Godoy
“We want healthy food, we want to produce according to our traditions,” farmers and activists demanded during an international forum of experts on agriculture and the environment in this southern Italian city.

By Fabíola Ortiz
Providing school meals for 45 million children is a remarkable achievement for Brazil. But the programme faces specific difficulties, as well as the generic problems plaguing any national plan in this vast country of more than 192 million people.
ADVERTISEMENT ADVERTISEMENT