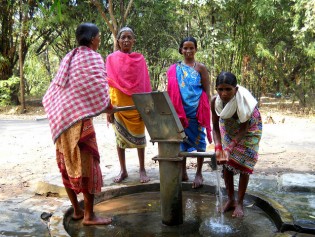 By Thalif Deen
What has education, science and culture to do with one of the world's most scarce and finite resources? Plenty, says the United Nations, which has designated the U.N. Educational, Scientific and Cultural Organisation (UNESCO) as the lead agency to promote the 2013International Year of Water Cooperation (IYWC).

By Amantha Perera
During the dry season, when dirt roads are cracked from the relentless heat, the sight of women walking miles, balancing pots of water on their heads, is common in rural Sri Lanka.
ADVERTISEMENT ADVERTISEMENT