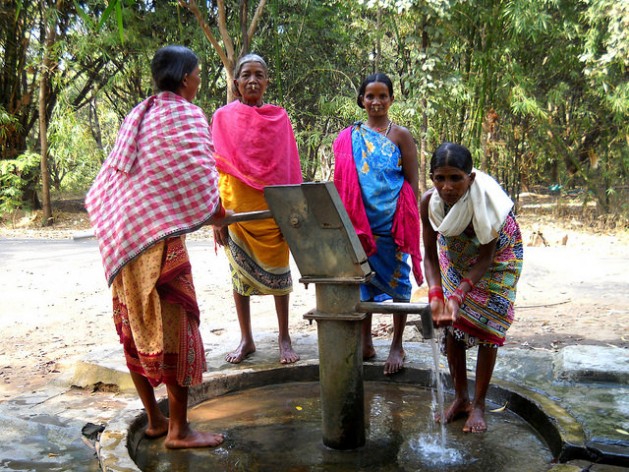 Clean drinking water is available to no more than half of Asia’s population. Water is fundamental to the post-2015 development agenda. Manipadma Jena/IPS

Prolonged water scarcity might lead to security situations that are more nuanced, giving rise to a complex set of cascading but unpredictable consequences, with communities and nations reacting in ways that we have not seen in the past because climate change will alter the reliability of current water management systems and infrastructure, say experts.

China plays an increasingly dominant role in South Asia’s water politics because it administers the Tibetan Autonomous Region; the Himalayan mountain range contains the largest amount of snow and ice after Antartica and the Arctic.

The World Economic Forum’s Global Risks Report 2016 said a water crisis is the most impactful risk over the next 10 years. The effects of rising populations in developing regions like Asia, alongside growing prosperity, place unsustainable pressure on resources and are starting to manifest themselves in new, sometimes unexpected ways – harming people, institutions and economies, and making water security an urgent political matter.

While the focus is currently on the potential for climate change to exacerbate water crises, with impacts including conflicts and a much greater flow of forced migration that is already on our doorsteps, a 2016 study by Massachusetts Institute of Technology (MIT) warns Asia not to underestimate impact of industrial and population growth, including spiraling urban growth, on serious water shortages across a broad swath of Asia by 2050.

To support a global population of 9.7 billion by 2050, food production needs to increase by 60 percent and water demand is projected to go up by 55 percent. But the horizon is challenging for developing regions, especially Asia, whose 3.4 billion population will need 100 percent more food – using the diminishing, non-substitute resource in a warming world said the Asian Water Development Outlook (AWDO) 2016, the latest regional water report card from the Asian Development Bank (ADB).

With erratic monsoons on which more than half of all agriculture in Asia is dependent, resorting to groundwater for irrigation, whose extraction is largely unmonitored, is already rampant. A staggering 70 percent of the world’s groundwater extraction is in Asia, with India, China and Pakistan the biggest consumers, estimates UN Food and Agriculture Organization (FAO).

By 2050, with a 30 percent increase in extraction, 86 percent of groundwater extracted in Asia will be by these three countries, finds the International Institute for Applied Systems Analysis.

Together India, Pakistan, Bangladesh and Nepal use 23 million pumps with an annual energy bill of 3.78 billion dollars for lifting water – an indicator of the critical demand for water, and to an extent of misgovernance and lack of water-saving technologies (AWDO 2016).

AWDO sounds alarm bells warning that we are on the verge of a water crisis, with limited knowledge on when we will tip the balance.

Analysts from the Leadership Group on Water Security in Asia say the start of future transboundary water conflicts will have less to do with the absolute scarcity of water and more to do with the rate of change in water availability. 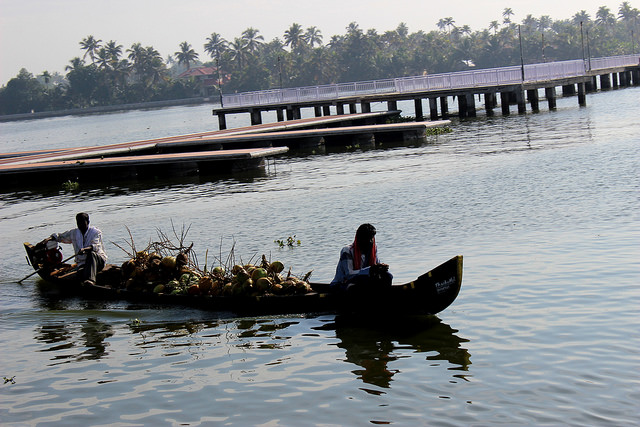 ADB describes Asia as “the global hotspot for water insecurity.

By 2050 according to AWDO, 3.4 billion people – or the projected combined population of India, China, Pakistan and Bangladesh in 2050 – making up 40 percent of the world population, could be living in water-stressed areas. In other words, the bulk of the population increase will be in countries already experiencing water shortages.

Underlying geo-political standpoints are slowly but perceptibly hardening in Himalayan Asia nations over shared river basins, even if not intensifying as yet, seen in the latest instances last year. They are, as water conflict analysts predict, spurts of bilateral tension that might or might not suddenly escalate to conflict, the scale of which cannot be predicted. The following, a latest instance, is a pointer to future scenarios of geographical interdependencies that riparian nations can either reduce by sensible hydro-politics or escalate differences by contestations.

There was alarm in Pakistan when Indian Prime Minister took a stand in September last year to review the 57-year-old Indus Water Treaty between the two South Asian neighbours. India was retaliating against a purportedly Pakistan terrorist attack on an Indian army base at Uri in Kashmir that killed 18 soldiers.

By co-incidence or design (several Indian analysts think it is the latter), at the very same time China blocked a tributary of the Yarlung Tsangpo River which is the upper course of the Brahmaputra in India, as part of the construction of its 740-million-dollar Lalho hydro project in the Tibet Autonomous Region.

The Yarlung Tsangpo River originates in the Himalayan ranges, and is called the Brahmaputra as it flows down into India’s Arunachal Pradesh state bordering Tibet and further into Bangladesh.

China’s action caused India alarm on two counts. Some analysts believed Beijing was trying to encourage Dhaka to take up a defensive stand against India over sharing of Brahmaputra waters, thereby destabilizing India-Bangladesh’s cordial ally status in the region.

The second possibility analysts proffered is an alarming and fairly new military risk. River water, when dammed, can be intentionally used as a weapon of destruction during war.

Pakistan had earlier raised the same security concern, that India may exercise a strategic advantage during war by regulating the two major dams on rivers that flow through Kashmir into Pakistan. Indian experts say China is more likely than India to take this recourse and will use the river water as a bargaining chip in diplomatic negotiations.

South Asia as a region is prone to conflict between nations, between non-state actors and the state. Its history of territorial issues, religious and ethnic differences makes it more volatile than most other regions. Historically China, India, Pakistan and Bangladesh have had territorial wars between them. The  wary and increasingly competitive outlook of their relationships makes technology-grounded and objective discussions over the erupting water disputes difficult.

China already plays an increasingly dominant role in South Asia’s water politics because it administers the Tibetian Autonomous Region with the Tibetan Plateau, around which the Himalayan mountain range contains the largest amount of snow and ice after Antartica and the Arctic. The glacier-fed rivers that emanate from this ‘water tower’ are shared across borders by 40 percent of world population, guaranteeing food, water and energy security to millions of people and nurturing biodiverse ecosystems downstream.

The largest three trans-boundary basins in the region – in terms of area, population, water resources, irrigation and hydropower potential – are the Indus, Ganges and Brahmaputra.

Both India and China have embarked on massive hydropower energy generation, China for industrialization and India to provide for its population, which will be the world’s largest by 2022.

With growing food and energy needs, broad estimates suggest that more than half of the world’s large rivers are dammed. Dams have enormous benefits, but without comprehensive water-sharing treaties, lower riparian states are disadvantaged and this could turn critical in future.

While there are river-water sharing treaties between India and Pakistan, and with Bangladesh, there is none with China except a hydrological data sharing collaboration.

Security threats emerge when it becomes difficult to solve competition over scarce natural resources by cooperation. Failure may result in violent conflicts. A ‘zero-sum’ situation is reached, when violence is seen as the only option to secure use of the resource, says a 2016 report by the Global Military Advisory Council on Climate Change.

When drivers in Asia, like population growth, the need for economic growth, poverty reduction, energy needs, the impact of high rate of urbanization and changing lifestyles, confront resource scarcity, it could bring a zero-sum situation sooner than anticipated.