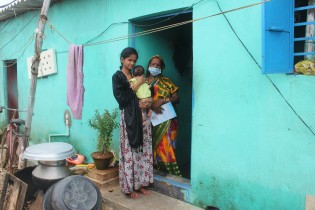 By Desmond Brown
A group of youngsters in the Caribbean who promote environmental protection in the region is on a drive to empower other youth to address some of the big issues facing their generation.

By Desmond Brown
The Caribbean will not be left out of the negotiations at COP24 – the 24th Session of the Conference of the Parties to the United Nations Framework Convention on Climate Change – that will take place from Dec. 3 to 14 in Katowice, Poland.

VIDEO: On the way to COP24 – The Caribbean Will Not be Left Out

By Desmond Brown
As the 24th Session of the Conference of the Parties to the United Nations Framework Convention on Climate Change – is set to take place from December 3-14 in Katowice, Poland, the Caribbean insists on a seat at the table of negations.

By Jewel Fraser
Recent research at a centre in Guyana shows that some types of butterflies and lizards in the Amazon have been seeking shelter from the heat as Amazonian temperatures rise.
Next Page »
ADVERTISEMENT ADVERTISEMENT