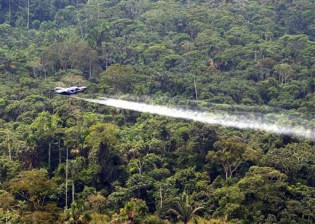 By Cydney Hargis
Environmental safety groups are stepping up efforts to prevent a reportedly dangerous yet widely used herbicide from being sold in the United States, even as the country’s primary environmental regulator is considering increasing the amount of the herbicide allowed in the U.S. food supply.
ADVERTISEMENT ADVERTISEMENT