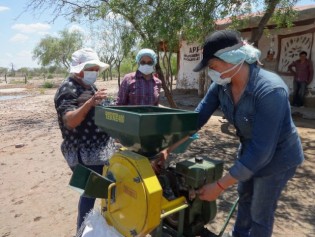 By Fabíola Ortiz
Ten years ago, Brazil yielded to agribusiness pressure and legalised the cultivation of genetically modified (GM) soy. Today it is the world’s second leading producer of GM crops, surpassed only by the United States.
ADVERTISEMENT ADVERTISEMENT