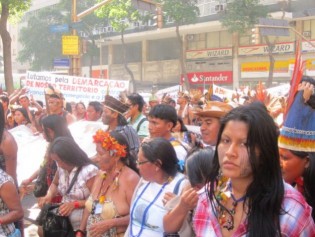 By Milagros Salazar
Some good-byes can actually mean the start of a long road working together. That was how it felt at the end of the World Indigenous Network (WIN) conference in this northern Australian city.
ADVERTISEMENT ADVERTISEMENT