In The Eye Of A Storm 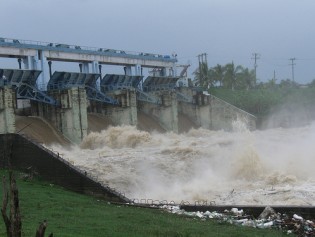 By Fabíola Ortiz
In the green belt of market gardens that feeds the Brazilian city of Rio de Janeiro, women farmers are learning environmentally friendly techniques in response to extreme weather events and their effects on the land.

By Patricia Grogg
One of the major challenges facing Cuba as it designs climate change adaptation policies is the preservation of its coastal ecosystems against the predicted rise in sea level and increasingly catastrophic extreme weather events.

By Patricia Grogg
Subject to the double impact of the global economic crisis and climate change, the Caribbean island nations are in need of adaptation strategies in which international cooperation and citizen participation play key roles, says Cuban expert Ramón Pichs.

By Patricia Grogg
No one who lives in this fishing village on the south coast, 70 km from the Cuban capital, can forget the devastation wrought by hurricanes in 2008.
ADVERTISEMENT ADVERTISEMENT