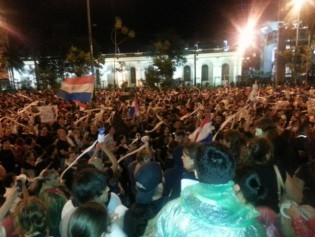 By Emilio Godoy
The "Occupy" movement has spread to Mexico, where thousands of university students have taken to the streets, bringing fresh air to a superficial and flat election campaign and forcing political parties to pay attention to a long-ignored segment of the population.

By Inés Benítez
A filthy vacant lot is now sprouting strawberries, tomatoes and carrots. This small community garden in the centre of the southern Spanish city of Málaga was created by the "Indignados" protest movement, which is celebrating its first anniversary Saturday by taking to the streets across the country.
ADVERTISEMENT ADVERTISEMENT