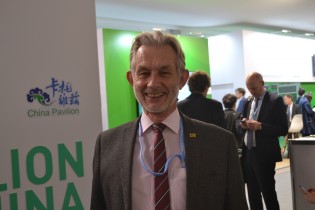 By Isaiah Esipisu
As thousands of environmental technocrats, policy makers and academics work round the clock to come up with strategies for mitigation and adaptation to climate change at the United Nations’ conference in Katowice, Poland, one scientist is asking Parties to consider massive bamboo farming as a simple but rapid way of sequestering carbon from the atmosphere.

By Desmond Brown
Bamboo Avenue is a two-and-a-half mile stretch of road in Jamaica’s St. Elizabeth parish. It is lined with giant bamboo plants which tower above the road and cross in the middle to form a shady tunnel. The avenue was established in the 17th century by the owners of the Holland Estate to provide shade for travelers and to protect the road from erosion.
ADVERTISEMENT ADVERTISEMENT