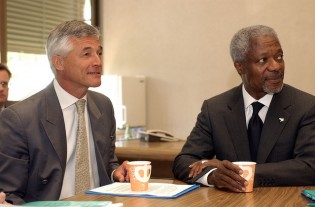 By Thalif Deen
The Secretary-General of the United Nations, who is  a creature of member states, rarely challenges or defies his creators. But Kofi Annan, who died last week at the age of 80, did both. Surprisingly, he lived to tell the tale-- but paid an unfairly heavy price after being hounded by the United States.