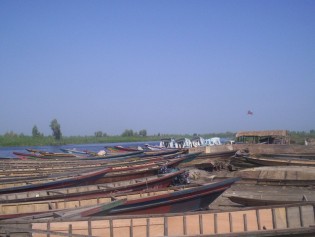 The Key to Peace in the Lake Chad Area Is Water, Not Military Action

Lake Chad is an extremely shallow water body in the Sahel. It was once the world’s sixth largest inland water body with an open water area of 25,000 km2 in the 1960s, it shrunk dramatically at the beginning of the 1970s and reduced to less than 2,000 km2 during the 1980s, decreasing by more than 90% its area. It is one of the largest lakes in Africa. It is an endorheic lake – meaning that it doesn’t drain towards the ocean.