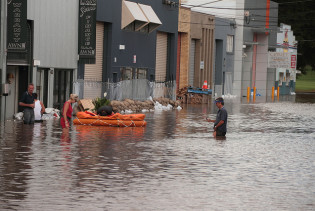 By Carey L. Biron
A confluence of factors could make 2013 the most fruitful opportunity in years – and for years – for potentially major action on climate change, according to a leading voice on climate change policy, the British economist Nicholas Stern.
ADVERTISEMENT ADVERTISEMENT