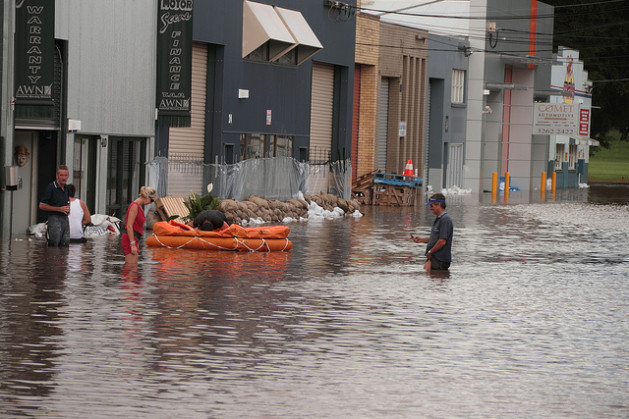 The nine-million-dollar initiative, dubbed the New Climate Economy project, is being spearheaded by a commission chaired by former Mexican president Felipe Calderon and is backed by the governments of Colombia, Ethiopia, Indonesia, Korea, Norway, Sweden and the United Kingdom.

The research will be carried out by institutes located in most of these countries and will culminate in a report to be published in September 2014, just ahead of a major scheduled United Nations summit on climate.

In addition to an oversight panel made up of former heads of state and finance ministers, the Global Commission on the Economy and Climate is co-chaired by Nicholas Stern, the British economist who published a touchstone climate change review for the U.K. government in 2006. For this reason, the project is being seen as a direct follow-up to Stern’s previous work.

“At a time when governments throughout the world are struggling to boost growth, increase access to energy, and improve food security, it is essential that the full costs and benefits of climate policies are more clearly understood,” Stern said Tuesday, as the new project was launched on the sidelines of the U.N. General Assembly in New York.  “It cannot be a case of either achieving growth or tackling global warming. It must be both.”

Since the publication of his 2006 report, Stern has been credited with having had perhaps the most significant impact on the international public understanding of the economic threats posed by climate change. He will now formally review the New Climate Economy report.

“There is some sense that this new report will be Stern 2.0, but in fact the focus looks set to be somewhat different,” Michele de Nevers, a senior programme associate at the Centre for Global Development (CGD), a Washington think tank, told IPS.

Such a focus, she notes, could turn the conventional discussion on its head. “The global conversation needs to look at not just the costs,” she says, “but also the benefits that would accrue from climate action, in terms of economics, health and environment.”

In developing and developed countries alike, a primary stumbling block in international climate discussions remains the amount of money both adaptation and mitigation efforts will require. The new United Nations-overseen Green Climate Fund, for instance, is aiming to raise 100 billion dollars a year by 2020 from industrialised countries, but even the first year’s pot of money has been slow to come together.

Similar debates are happening at national and community levels throughout the world, as well, as the impacts of growing weather extremes are becoming better understood. For the moment, much of this discussion continues to revolve around the sometimes staggering estimated costs of adaptation efforts and converting energy systems to be less carbon-intensive, and around the prospect that these efforts could raise significantly business operating costs.

In part for this reason, some are cautious in welcoming the new review, wondering whether the commission’s composition will be able to offer the innovative impetus required to guide the global climate discussion.

“A fresh focus on the economic consequences of climate change is very much needed, but this looks a bit like an exercise in rounding up the usual suspects – there’s significant overlap with previous … panels asking the same questions, which produced long reports that weren’t implemented thanks to the reluctance of industrialised countries to contribute their fair share,” Oscar Reyes, an associate fellow with the Climate Policy Programme at the Institute for Policy Studies, a Washington think tank, told IPS.

“With bank bailouts leading climate funds to dry up, we unfortunately now see those same industrialised countries pushing for a climate finance system that’s even more dependent on the financial sector. This won’t change unless governments start to rethink their economic policies in light of the urgent climate challenge.”

Still, mounting research is making it increasingly difficult for lawmakers to ignore the prospect that climate inaction could ultimately be more expensive than policy overhauls.

New research from China, for instance, suggests that a small carbon tax would have a substantive impact on greenhouse gas emissions even as it cuts down on the air pollution that has substantially driven up health costs in that country.

Likewise, the official U.S. government auditor this year added climate change to the list of issues that pose the greatest financial risk to the government and country – and warned that Washington is markedly unprepared to deal with the scope of the problem.

The Government Accountability Office reported that disaster declarations in the United States increased to a record 98 in 2011, compared with 65 in 2004, requiring a total 80 billion dollars during that period. Further, this figure was nearly equalled by the single request, late last year, for more than 60 billion dollars in response to Superstorm Sandy, the hurricane that ravaged much of the country’s northeast.

“The launching of this new commission is extremely timely, in part because this country and other countries have finally started coming to terms with the increase in extreme weather events,” Nathaniel Keohane, vice-president of international climate at the Environmental Defence Fund, told IPS after attending the commission’s formal launch.

“That makes this kind of deep dive into the positive stories around the economies of climate change very timely. We need to move away from the old debate about what this will cost to recognise not only the price of inaction but also the opportunities that climate action will have for economies, jobs and innovation.”

Environmentalists and policy advocates say they will now be looking forward to the commission’s recommendations, as well as the potential impact the initiative’s report could have on the global negotiations to agree on a new international agreement on climate action, due the following year.

“One would hope that the report could put new energy and momentum into those talks,” CGD’s de Nevers says. “The process towards 2015 is for governments to identify their country-specific goals, but understanding that there are other economic, health and environmental benefits in play could put momentum toward being a bit more ambitious.”