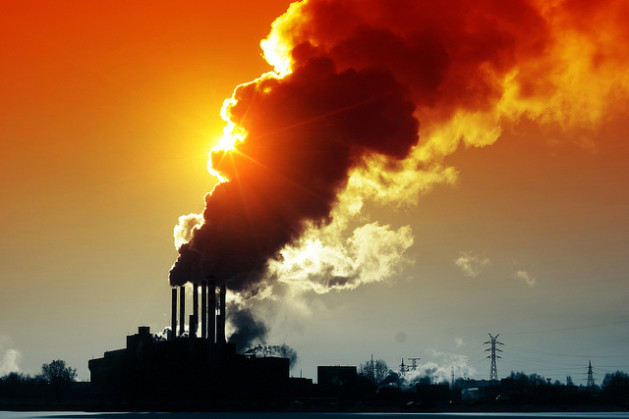 Both supporters and opponents of the new proposal, announced Friday by the Environmental Regulation Agency (EPA), say the regulations would make it far more difficult to build new coal-fired power plants in the United States. That has led to sharp criticism from business lobbyists and coal interests, who warn that the EPA is requiring the use of unfeasible technologies that will drive up energy costs and hurt jobs creation.

"Setting ambitious standards for existing power plants would be the single most important thing the administration can do on climate change." -- Rachel Cleetus of UCS

Under the new guidelines, future coal-fired power plants would need to cut their carbon dioxide emissions roughly in half, while standards for natural gas-fired plants would be similarly tightened. The eagerly anticipated regulations, a version of which was first floated last year, constitute the first major regulatory response to a landmark climate-focused speech President Obama gave in June.

At the time, the president warned that he would direct federal agencies to begin responding to climate change through regulatory and executive actions if the U.S. Congress were to remain unable to respond through legislative means.

“Power plants are the single largest sources of carbon pollution. New power plants can minimise their carbon emissions by taking advantage of modern technologies. These technologies offer them a clear path forward, today and in the long term.”

The EPA will now open the proposal to public comments for two months. If the rule is then finalised – and it will almost certainly be subject to legal attack – officials hope to implement it by last next year.

In that case, the emissions rule would be among the first in the world.

“As far as I understand, using mandated emissions limits is unique” on a global level, Kyle Ash, a senior legislative representative for Greenpeace, an advocacy group, told IPS. “The E.U. countries are approaching the problem with a carbon trading system, China is now doing the same, and Australia has a carbon tax, at least for now.”

In the United States, power plants make up roughly a third of all greenhouse gas emissions. During his first term, President Obama oversaw major new regulations on the second-largest sector in this regard, automobiles and transport.

Yet while the EPA has in the past limited the amount of lead, mercury and arsenic that U.S. power plants can emit, the new rules would be the first to regulate carbon pollution.

“These standards are significant, and clearly show the EPA means business on carbon emissions,” Rachel Cleetus, an economist with the Climate and Energy Programme at the Union of Concerned Scientists (UCS), a research and advocacy group, told IPS.

“Yet while this is an important step forward, it’s not all the way there, and we’re looking forward eagerly to the next stage – dealing with current power plants. Setting ambitious standards for existing power plants would be the single most important thing the administration can do on climate change in the absence of action from Congress.”

The new EPA proposal received immediate and widespread praise from environment groups, many lawmakers and even some large companies, even as it was pilloried by others.

“The new standards will reinforce what forward-looking companies already know: that climate change poses real financial risks and opportunities and that the future of the electric power sector depends on investing in cleaner technologies and more efficient resources – investments that create jobs and economic benefits,” 22 major U.S. companies, including the international consumer-goods company Unilever, wrote to President Obama on Friday.

Yet the rules are facing stiff opposition from many industry groups and most Republican lawmakers. Earlier this week the Senate Republican leadership offered a legislative proposal that would have barred the EPA from regulating power plant pollution levels, though this was rebuffed by Democrats.

“It is clear that the EPA is continuing to move forward with a strategy that will write off our huge, secure, affordable coal resources by essentially outlawing the construction of new coal plants,” Bruce Josten, a vice-president with the U.S. Chamber of Commerce, the country’s largest business lobby group, said Friday.

“The EPA … [has] released yet another major regulation that will hamper economic growth and job creation, and could lead to higher energy costs for American families and businesses.”

For power companies, a key complaint is that bringing coal-fired emissions down to mandated levels would require the use of new technologies collectively known as carbon capture and sequestration (CCS). Critics point out that CCS, which is not yet being commercially used, has only been proven effective at federally funded test sites.

Yet researchers who have studied the EPA proposals and the current CCS market say such criticism is overblown.

“The EPA rulemaking documents, which are over 400 pages long, provide quite a detailed description of the state of CCS technology, and demonstrate that both private- and public-sector power companies feel sufficiently comfortable with this technology that they are already installing it on new plants,” Dave Hawkins, director of climate programmes at the Natural Resources Defense Council, a Washington-based legal advocacy group, told reporters Friday.

“The industry is like a broken record on what it takes for the EPA to use technologies to set emissions limits. This goes back over 40 years … and in every instance when the government moved forward and set sensible standards, the industry demonstrated it could comply.”

Indeed, in the context of the recent rise in availability of cheap natural gas – which can result in far lower greenhouse gas emissions – coal advocates have focused on the prospect of “clean coal”. Two power plants using CCS technology are currently being built, while three others are being planned.

“This is a pretty weird reason for the industry to claim to be upset – no one actually expects new coal plants to be proposed,” Greenpeace’s Ash says. “What will actually have an impact will be the next rule, the carbon pollution standards for existing power plants – most likely, that’s what the industry is now trying to head off.”

On Friday, the EPA’s McCarthy announced that the proposal for limiting pollution from existing power plants will be offered by June of next year.