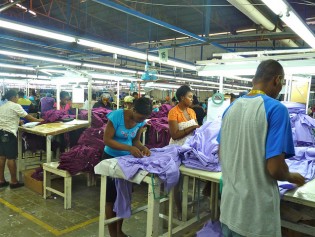 By Carey L. Biron
Civil society groups from several continents are stepping up a campaign urging the World Bank to strengthen a series of changes currently being made to a major annual report on countries’ business-friendliness.

By Carey L. Biron
Pressure is building here for lawmakers to pass a bill that would funnel billions of dollars of U.S. investment into strengthening Africa’s electricity production and distribution capabilities, and could offer broad new support for off-grid opportunities.

By Carey L. Biron
The World Bank is aiming to double its lending to middle-income countries over the coming decade, in addition to expanding its overall commitments to some 70 billion dollars a year.

By Carey L. Biron
The International Monetary Fund (IMF) is wading strongly into the global debate over the impact of growing income inequality, offering a series of controversial findings that push back on long-held economic orthodoxy – of which the fund itself has long been a key proponent.

By Carey L. Biron
A debate is heating up here over the extent to which U.S. government-facilitated private-sector development investments should be required to take into account how those ventures impact on climate change.
ADVERTISEMENT ADVERTISEMENT