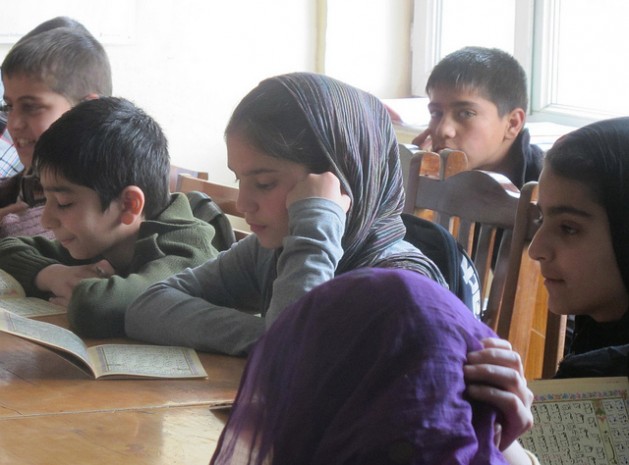 WASHINGTON, Feb 13 2014 (IPS) - Even as most international military forces are slated to leave Afghanistan by the end of 2014, USAID, the foreign aid arm of the U.S. government, is emphasising its sustained commitment to developing Afghanistan’s economy after the withdrawal.

This week, USAID unveiled three new development initiatives for Afghanistan, which the agency will be focusing on for the next five years.

“There are real questions around the data – it’s hard to do in any country, especially in a country like [Afghanistan].” -- Justin Sandefur

The United States has cut civilian assistance to Afghanistan by 50 percent for the current fiscal year, due to frustrations over Afghan President Hamid Karzai’s continued refusal to sign a security pact ensuring a post-2014 presence of U.S. troops in the country. Nonetheless, this disagreement will not have an impact on USAID’s new initiatives, as they are financed entirely with funds from the 2012 and 2013 fiscal years.

Afghans engaged in development work hope that the new initiatives will compliment their efforts on the ground. Aziz R. Qarghah, the president of Afghan Health & Development Services, a non-profit organisation that provides health care to local Afghans and relies partially on USAID funding, hopes that the University Support and Workforce Development Programme will train more high-level, Afghan health-care professionals.

“A shortage with the low-level health providers it is okay, we can manage,” Qarghah told IPS. “But the high-level providers, like medical doctors, especially female doctors, are really a problem for us. I hope that a result of [the Workforce Development Programme], among other things, is that they are training health providers.”

Another Trade and Revenue Project seeks to generate revenue for Afghanistan and reduce its dependency on foreign aid by bolstering international trade through customs reforms, regional trade agreements and facilitating the country’s entry into the World Trade Organisation (WTO). 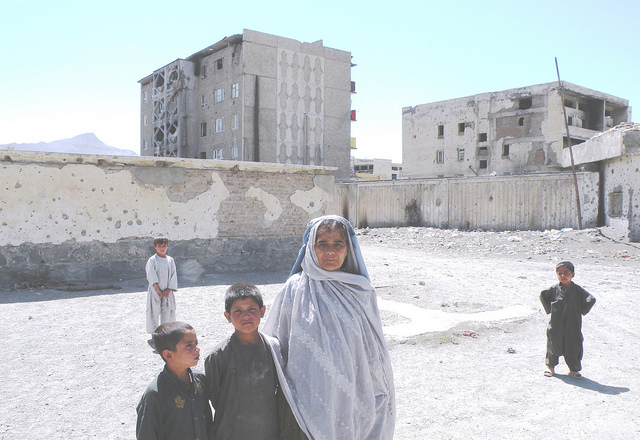 Woman and her children who live amid bomb rubble on Kabul’s outskirts. Credit: Anand Gopal/IPS

“Studies have shown that countries like Afghanistan that make the hard decisions and the regulatory changes required for WTO accession see a four to five percent annual bump in [gross domestic product] over four to five years,” Donald Sampler, Jr, a USAID official working on Afghanistan and Pakistan, said Monday at a discussion at the New America Foundation, a think tank here.

Next, in order to boost agricultural capability, a Regional Agriculture Development Project will attempt to increase agricultural output and move Afghanistan beyond subsistence farming. USAID anticipates the programme will reach some 400,000 farmers, creating 10,000 new jobs and a 20 percent increase in yields from wheat and other crops.

Sampler indicated that USAID has more programmes in development aside from the three initiatives, but noted that he “can’t talk about with any specificity that also reflects the shift from a wartime focus to a post-war transitional period.”

Improving health-care accessibility for Afghans has been a focus of other USAID programmes. 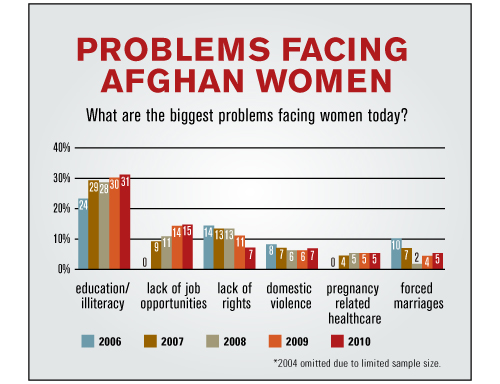 “At the time [of the Taliban] less than nine percent of Afghans had access to health care within an hour of their home,” USAID’s Sampler said Monday. “Today that number is over 60 percent. USAID has worked with the Afghans to train over 22,000 health workers. A cumulative result of all this investment in health is that in Afghanistan over the past 12 years life expectancy has increased 20 years.”

While some have questioned the reliability of this data and USAID’s role in the results, Justin Sandefur, a fellow at the Centre for Global Development, a Washington-based think tank, believes a solid argument can be made that USAID has helped increase Afghan life expectancy.

“There are real questions around the data – it’s hard to do in any country, especially in a country like [Afghanistan],” Sandefur told IPS. “So we’ve taken the best numbers we can find.”

He continued: “There’s also the question of distribution. Child mortality has fallen in a lot of countries, but I think there’s a strong case to be made that the improvements have resulted from USAID funding.”

Other longstanding concerns over USAID’s ability to function with efficiency and impact also remain.

“The reality is, according to a Special Inspector General for Afghan Reconstruction (SIGAR) auditor, that 70-80 percent of the money is siphoned off by contractors as overhead,” Peter Van Buren, a former Foreign Service Officer with the State Department, wrote this week.

Indeed, some of the most recent reporting by SIGAR, an oversight agency created by the U.S. Congress to monitor Afghanistan relief and reconstruction funding, has found potential financial risks in USAID’s partnership with the Afghan government.

In order to implement its health programmes, USAID has collaborated extensively with the Afghan Ministry of Public Health (MOPH), a ministry that SIGAR indicates could put U.S. taxpayer dollars at risk for fraud.

“Due to the pervasive nature of the internal control weaknesses, MOPH is unable to adequately manage and safeguard donor funds against loss or misappropriations,” SIGAR wrote last month.

SIGAR called into question the efficacy of USAID’s partnership with MOPH, arguing that it puts taxpayer dollars at risk.

For his part, USAID’s Sampler points out that the SIGAR report relied largely on data collected by USAID risk assessments, and that his agency is taking steps to ameliorate the challenges that each ministry faces.

For instance, Blankenship writes, a man in Nangarhar mistakenly believed that a USAID subcontractor had awarded him a grant to build flood-protection walls in his province.

Although he and his workers had already completed the first phase of the work, the presumed subcontractor had not actually awarded him a contract, prompting the man to appeal to the agency for 420,000 dollars, a request it denied.

“The result was widespread conflict in all of the communities where there had been work, as the man was unable to pay his employees,” Blankenship notes. “According to community elders, this led to several months of violent attacks, until the man was forced to sell all of his properties to make the payments.”