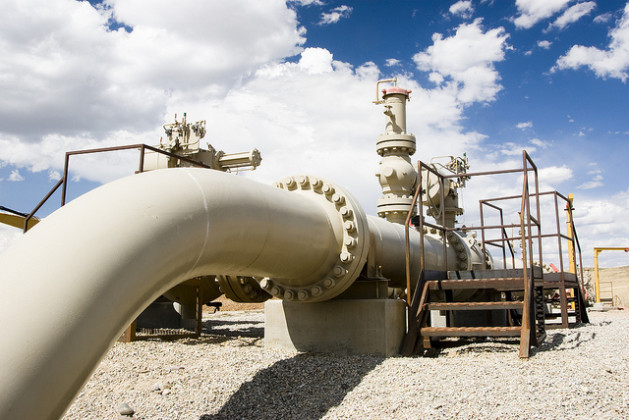 Relatively cleaner-burning natural gas continues to be seen as an important “bridge” fuel for the foreseeable future. Credit: Bigstock

WASHINGTON, Sep 13 2013 (IPS) - A debate is heating up here over the extent to which U.S. government-facilitated private-sector development investments should be required to take into account how those ventures impact on climate change.

The discussions focus on a small and relatively little-known federal agency, the Overseas Private Investment Corporation (OPIC), the government office in charge of mobilising private capital in pursuit of international development priorities. While OPIC generally receives high marks, in recent years some groups have been particularly impressed by the agency’s focus on investments in small-scale, de-centralised renewable energy projects.

"The world has completely changed, and we already have cheap, nimble, profitable micro-grids specifically serving poor populations." -- Justin Guay of the Sierra Club

“Outside of USAID” – the government’s main foreign aid arm – “OPIC is investing pretty much the only U.S. [government] money specifically for off-grid clean energy that directly supports clean energy access for the poor,” Justin Guay, a Washington representative for the Sierra Club, a conservation and advocacy group, told IPS.

“Any energy investment today by most agencies is about ‘energy access’, but this is disingenuous because that energy goes into the grid and the vast majority is then consumed by the rich and by large companies. Without associated infrastructure to rural areas or to make energy affordable for the poor, most of these investments are just increasing the general supply.”

OPIC’s mandate is set to run out soon, and Congress is currently tasked with figuring out the details of its re-authorisation. The Sierra Club and some other groups are warning that new legislation could undermine the agency’s unique coupling of climate-related and anti-poverty aims.

Since its establishment in the early 1970s, OPIC has mobilised and insured some 400 billion dollars in investments in more than 4,000 projects in 150 countries. The agency says its renewable portfolio today stands at around one billion dollars.

Last week, OPIC and 14 other development institutions agreed for the first time to “substantially scale up” their green investments in developing countries, with the aim of collecting 100 billion dollars a year for the effort by 2020.

“The challenges of transitioning to a green economy are far outweighed by benefits of job creation, innovation and poverty alleviation,” Elizabeth Littlefield, OPIC’s president, said following the meeting.

In addition to Littlefield’s reported personal commitment to these issues, OPIC’s focus on investment in green energy was motivated by a 2009 court decision that forced the agency to pay attention to the carbon emissions of its investments. The result was a binding policy to reduce the greenhouse gas emissions of its projects by 30 percent by 2018 and by 50 percent by 2023.

It is this emissions “cap” that is now the focus of debate in the U.S. Congress. While some are demanding that the regulation be maintained or even extended to other agencies, others are urging that it be tweaked or done away with entirely.

Some among this latter group represent oil-and-gas interests with a clear business stake in weakening the emissions cap. Yet a more nuanced view is also being offered by development scholars and advocacy groups worried about an imbalance between long-term international aims and immediate human development issues.

“There’s broad recognition that to really have a transformative impact and to reach billions of people there’s going to need to be a mix of renewables and non-renewables, but for some countries natural gas is a more viable model to provide access to citizens and unleash private business activity,” Ben Leo, a senior fellow at the Centre for Global Development, a Washington think tank, told IPS.

“My sincere hope is that a compromise can be found amongst environmental and development groups. One could imagine, for instance, a very limited exception to the OPIC greenhouse gas cap for a small subset of countries – those that are very poor and very low emitters of carbon dioxide. Niger, for instance, has basically zero emissions.”

Much of the impetus for the current discussion around the greenhouse gas cap is centred on energy access in Africa. In part this is due to President Barack Obama’s new Power Africa initiative, proposed during his trip to the continent in June, which aims to double energy access in sub-Saharan countries through a mix of public and private investment.

As part of the proposal, OPIC would commit around 1.5 billion dollars in energy project funding and insurance, which recent experience would suggest would be largely earmarked for renewable and decentralised projects.

As part of a related bill currently pending in the House of Representatives, however, Congress would require that OPIC issue new guidance that could weaken the emissions cap. Similar talks are now taking place in the Senate. (OPIC was unable to offer comment on these legislative proposals by deadline.)

“We’re concerned that there are some folks who think we need to loosen the cap in order to make room for natural gas and fossil fuels, because those energy sources are cheap,” Janet Redman, director of the Climate Policy Programme at the Institute for Policy Studies, a Washington think tank, told IPS.

“But the role of development finance institutions is to take into account both pieces of the formula – we can’t look at energy decisions without looking at their impacts. Similarly, it’s worth examining who would really benefit from lifting this cap – local communities or the companies that would be investing in massive natural gas infrastructure?”

Multilateral funders have increasingly run up against the tension between energy access and climate concerns. The past year has seen increasing movement away from certain very dirty forms of energy – both the World Bank and the United States, for instance, largely banned the overseas funding of new coal-fired power plants.

Nonetheless, relatively cleaner-burning natural gas continues to be seen as an important “bridge” fuel for the foreseeable future, in part because U.S. supplies have made it both plentiful and cheap.

Those now advocating for OPIC’s greenhouse gas cap note that other foreign aid funders – including within the U.S. government – will continue to focus on non-renewable energy investments. But they also view the resilience of green, decentralised energy production to be an important anti-poverty goal in and of itself.

“To a great extent our stance is not really based on climate concerns – this is just the right tool for the job,” Sierra Club’s Guay says.

“The debate is centred on an outmoded debate on clean energy, that it’s expensive. But the world has completely changed, and we already have cheap, nimble, profitable micro-grids specifically serving poor populations. It would be a tragedy if this debate gets focused through a prism that’s decades old.”