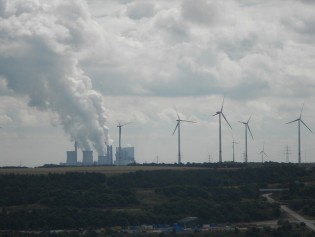 By Carey L. Biron
Even as policymakers around the world wrestle with how to cut future emissions of global greenhouse gases, some scientists and environmentalists are increasingly turning their attention to the carbon dioxide that is already in the atmosphere, trying to discern ways that this level can be efficiently and safely brought down.

By Stephen Leahy
Thawing permafrost is emitting more climate-heating carbon faster than previously realised. Scientists have now learned that when the ancient carbon locked in the ice thaws and is exposed to sunlight, it turns into carbon dioxide 40 percent faster.
Next Page »
ADVERTISEMENT ADVERTISEMENT